Continuing the success from events earlier this year, Rounds 5 & 6 of the IMSA GT3 Cup Challenge Canada at Canadian Tire Motorsport Park, showed close wheel to wheel racing action and parity deep in the field. Embroiled in battle with multiple drivers throughout the two races, Parker Thompson drove the #3 SCB Racing and Porsche Centre Victoria entry to 5th and 2nd place finishes. He completed the weekend, maintaining his second place standing in the Platinum Cup Championship.

The result was hard earned for Thompson, who started Race 1 from fourth position, but found himself near the back of the fourteen car field early on. Contact from behind in the opening corner forced the black and gold coloured #3 off the track, allowing multiple cars to pass-by. Making the most of the remaining laps, Thompson showed a steady offensive drive from that point on. He cleanly worked his way up to fifth place before the 45-minute race timed out.

“The #3 SCB Racing / Porsche Centre Victoria Cup Car certainly had more pace than the results sheet showed. For that reason, I’m disappointed by our result. In turn one on the opening lap, I took a solid bump from the inside and ended up putting the car off the track. I was forced to make a quick decision on whether to fight back and risk the whole race, or find a safe escape path that would allow us to continue racing. I’m proud of the fight we showed working our way back up the ranks. There are some great competitors in this series. That was no easy task.”

Race 2 saw Thompson make a move into second place on the opening lap, and then play defense against two hard-charging competitors. Former teammate, and fellow championship contender, Jeff Kingsley would present the greatest challenge. The two drivers were nose-to-tail until Kingsley spun on the sixth lap while trying to make a pass on Thompson in turn 10. Thompson would hold off another challenge from Patrick Dussault before creating a comfortable gap later in the race. He would finish second.

The strong finish is important leading into the most significant weekend on Thompson’s 2019 race schedule. Both the IMSA GT3 Cup Challenge Canada, and Indy Pro 2000 will visit the Toronto Indy next weekend, giving Thompson four races over two days. His final race of that weekend will mark the 100th auto race of his young career.

“I’m excited about the chance to race in two different series next weekend at the Toronto Indy. I’m so blessed to have had so many opportunities in racing this far in my career. We’ve got a great group of people coming to celebrate my 100th race milestone, but more critically, there are four important races in two series where we are contending for the overall championship. Alternating race cars is certainly going to test my adaptability as a driver. I’m grateful to be working with the crews of SCB Racing in GT3 Cup, and Abel Motorsports in Indy Pro 2000. I’m confident that they will give me the support we need to get a good result.” 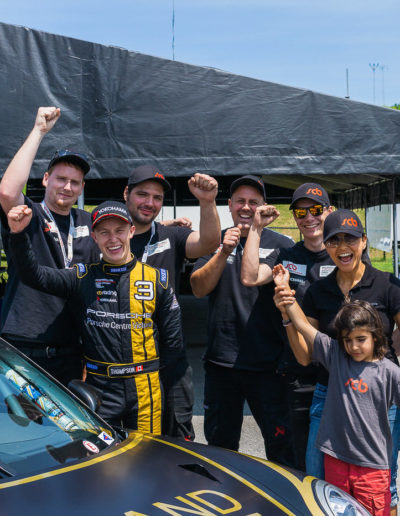 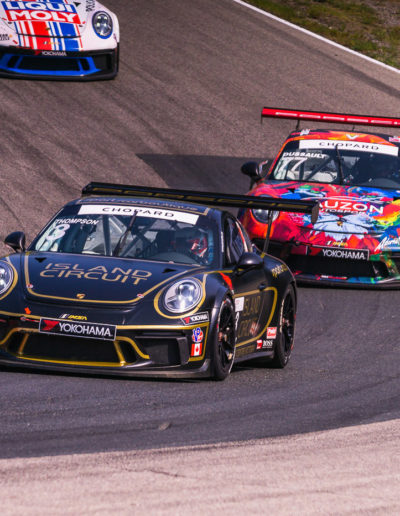 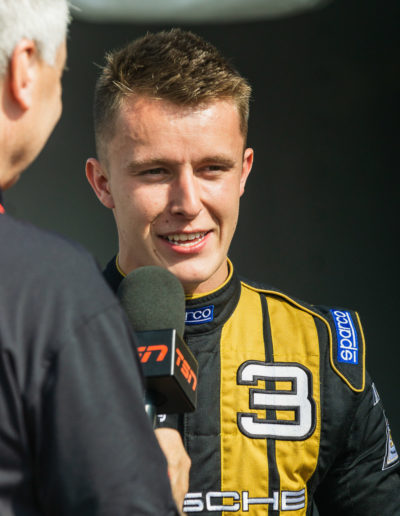 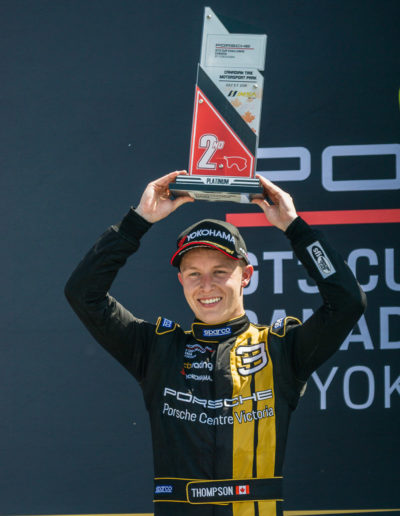 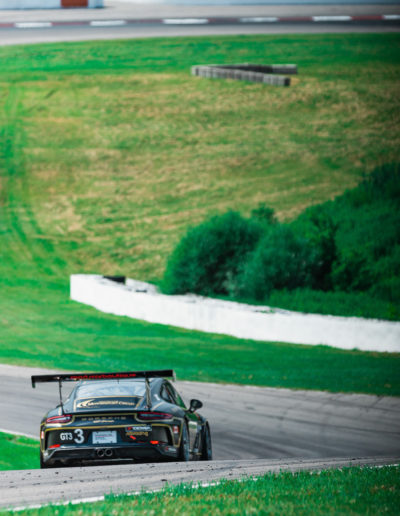 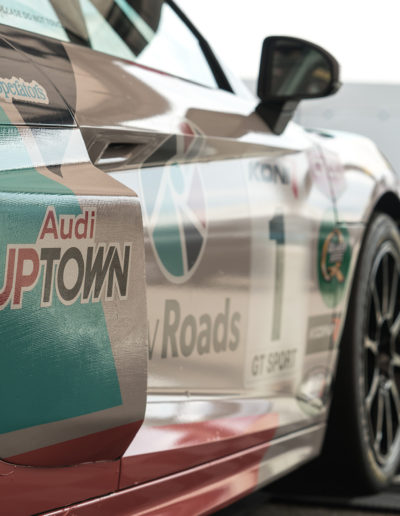 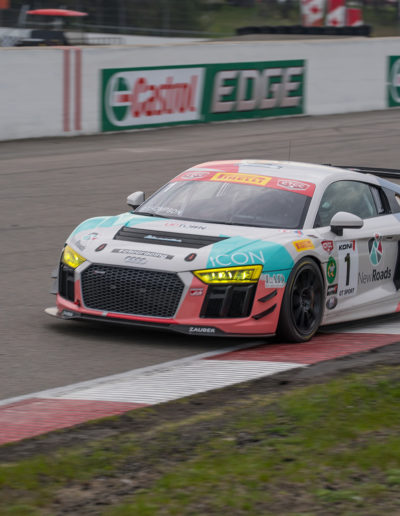 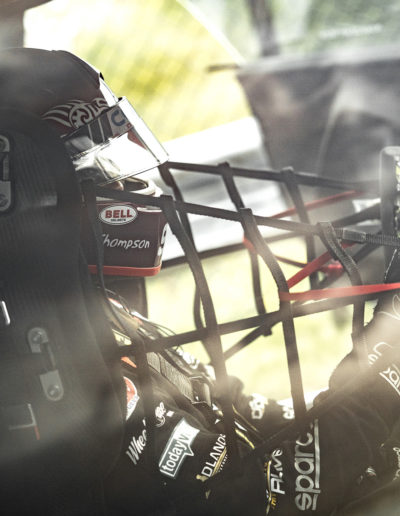 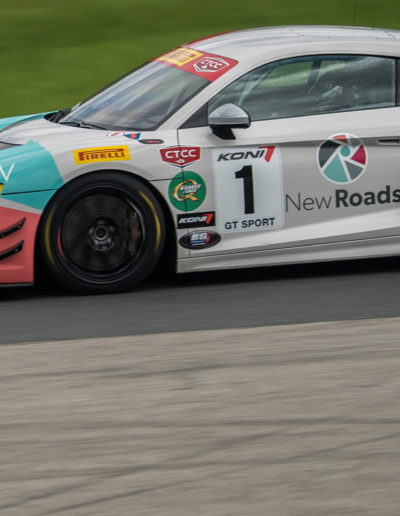 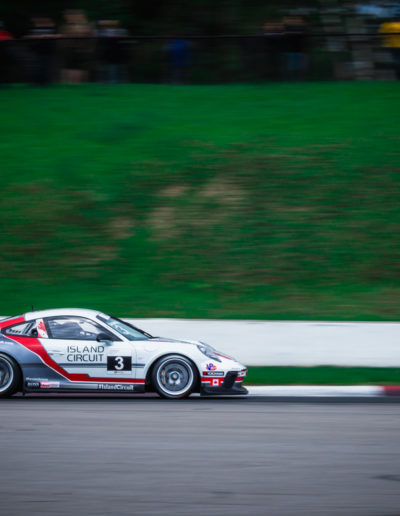 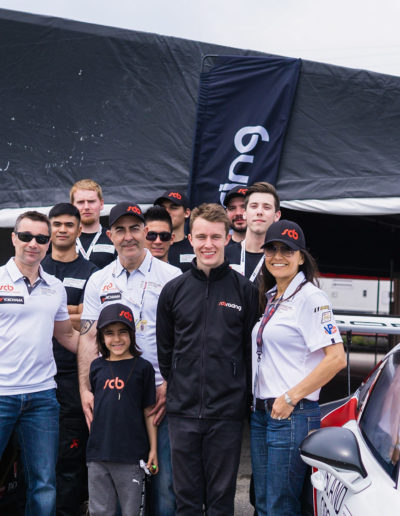 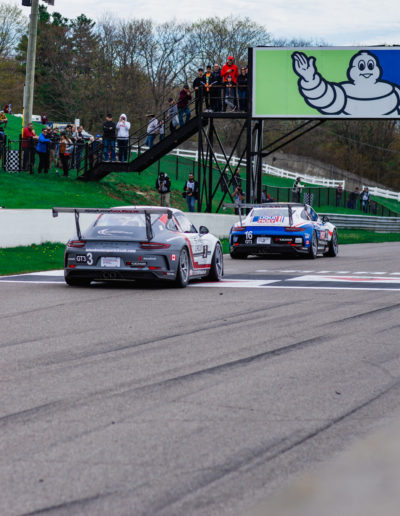 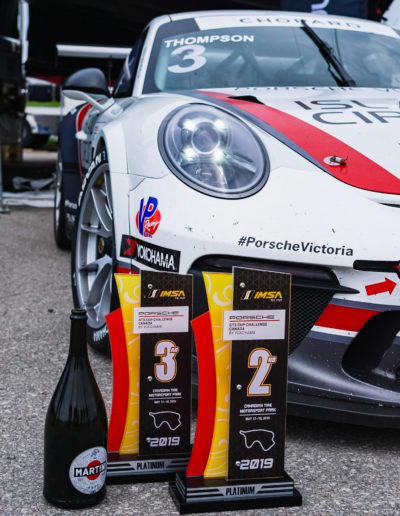 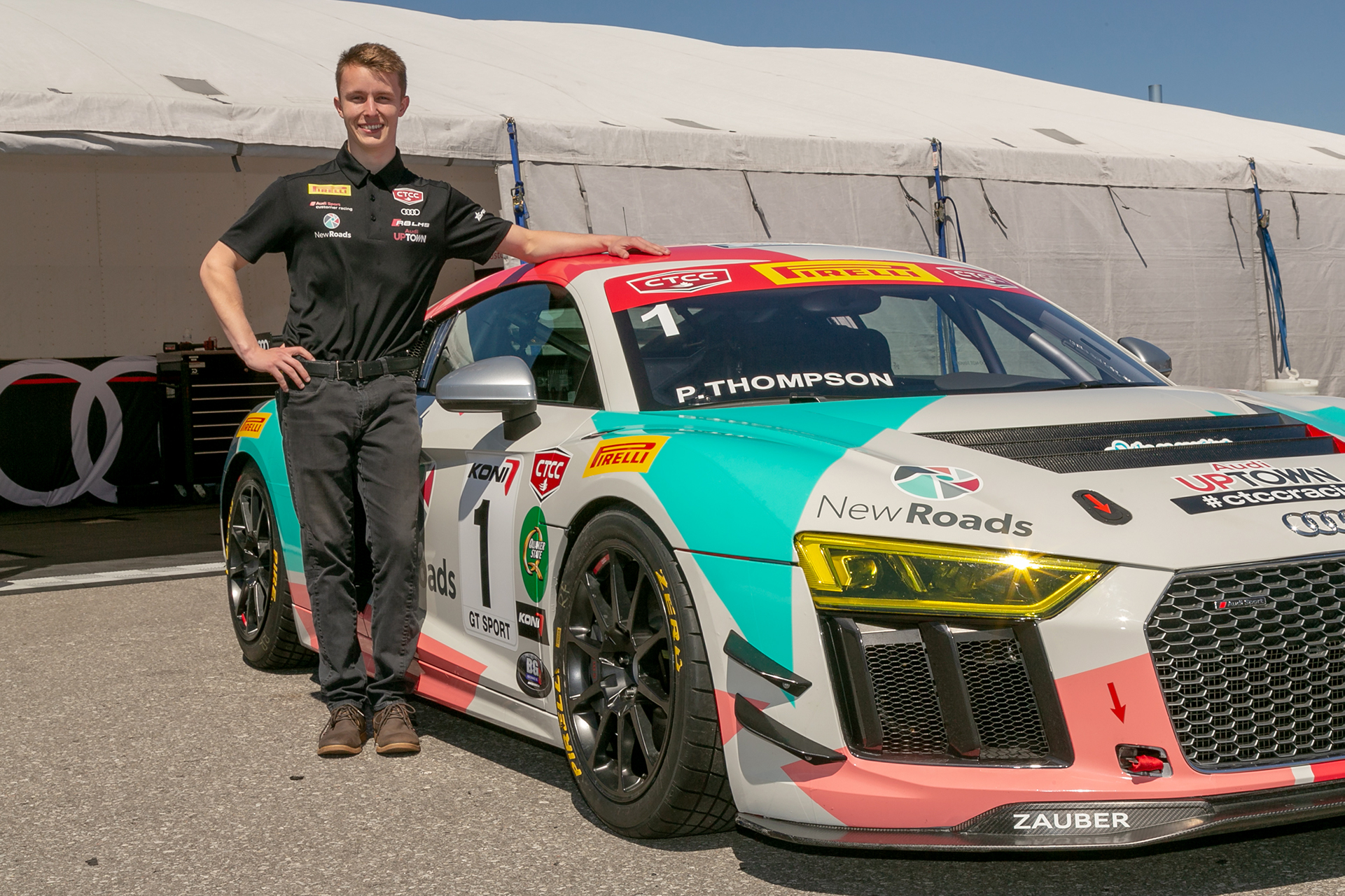