Parker Thompson seems capable of first-class performance in any race car or series. With his primary campaign in Carrera Cup North America on a scheduled intermission until late June, Thompson filled the hole in his calendar by joining the IMSA Prototype Challenge (IPC) at this weekend’s Lexus Grand Prix of Mid-Ohio. Driving with Lance Willsey and Sean Creech Motorsport (SCM) for Sunday’s contest, Thompson produced an exciting mid-race charge that took the #14 SCM/Exelixis/Focal One/Alta Equipment entry from P10 to P3, setting a new IPC race lap record in the process. His charge was ultimately cut short by a fueling issue. After multiple pit stops, the team reached the checkered flag and a ninth-place finish.

Thompson’s dominant pace during the race was a welcome reward for the twenty-four-year-old Canadian who had uncertain expectations in his first opportunity behind the wheel with Sean Creech Motorsport in IPC. After only a handful of laps in practice sessions on Friday and Saturday, Thompson launched into a blistering pace when his stint began, about halfway through the 90-minute race. His best race lap, 1:17.583, marked a new record for the class at Mid-Ohio Sports Car Course and bested the next best driver at the event by more than six-tenths of a second. With that pace, he worked the white, red, and blue #14 from P10 to P3, unleashing a flurry of action throughout the field as he advanced.

With a podium finish on the horizon, an unfortunate fueling issue forced Thompson into the pits and dropped the #14 back down the order. Yet another pit stop came just minutes later. Back on track, Thompson continued his attack through to the finish, but after two unplanned stops, a podium was out of reach. He took the checkered flag in the ninth position, two laps down.

Parker Thompson
“A gigantic thank you to Sean Creech Motorsport and Lance Willsey for a fantastic opportunity this weekend. Getting here was a bit of a whirlwind! We finalized our plans only a few days before the event and poured a seat for me just ahead of practice on Friday morning. Having already worked with the team in other roles, I knew it wouldn’t be any trouble getting comfortable and up to speed here at Mid-Ohio.

It’s not often enough that I get a chance to go wheel-to-wheel in a new series, and the IMSA Prototype Challenge is a series that I respect particularly. Some of the drivers here are drivers who inspired me to launch a racing career. LMP3 cars blend some of the aero characteristics of open-wheel cars that I raced early in my career, with the power and weight of sportscars that I’ve driven more recently. Being dropped in and performing the way I did with minimal preparation lends me massive confidence. It’s a shame that we couldn’t convert our performance on track into a better overall result, but the success that I experienced during the race more than matched my expectations. I hope to do this again sometime in the future and earn a result that the whole team can celebrate.”

As followers of Thompson watch him pilot new race cars, they will be reminded of his 2019 season: a season that in many ways marks the beginning of this chapter in his racing career. That year a younger Thompson remarkably took on three full campaigns; winning the Canadian Touring Car Championship, placing second in IMSA Porsche GT3 Cup Challenge Canada, and third in the Road to Indy, Indy Pro 2000 Championship. Earning success in such different machinery, even on the same weekend, revealed Thompson’s adaptability as a driver and his natural feel for racing.

While Thompson’s experiences in 2019 opened the door to the opportunities in Porsche where he is currently focused, that year also marks the last time that he earned an overall championship win. For 2022, another championship title is Thompson’s key objective. That is something that he is closely contesting in Carrera Cup North America, where after six of sixteen rounds, he and team JDX Racing are currently 2nd in the overall standings. Thompson will look to improve that position when Carrera Cup North America resumes on June 24th at Watkins Glen International. 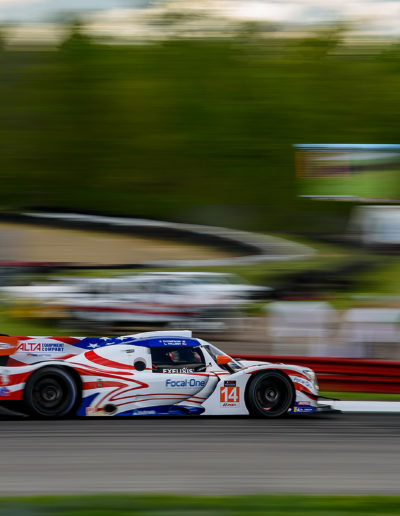 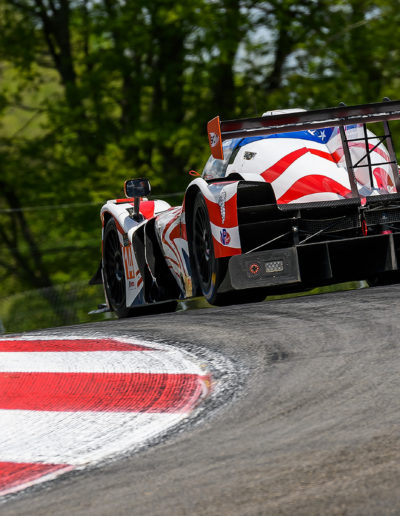 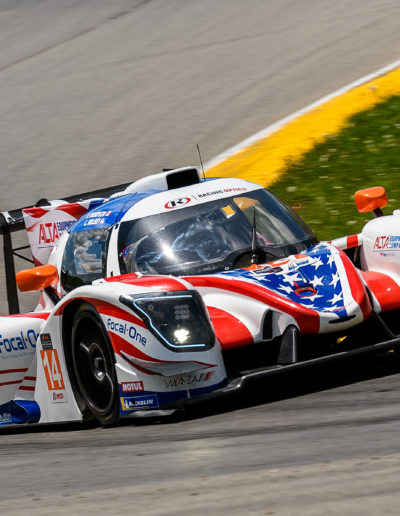 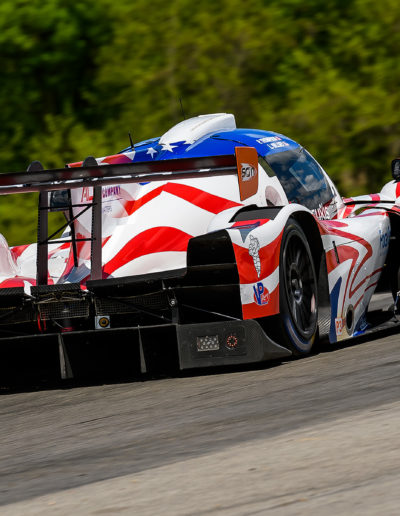 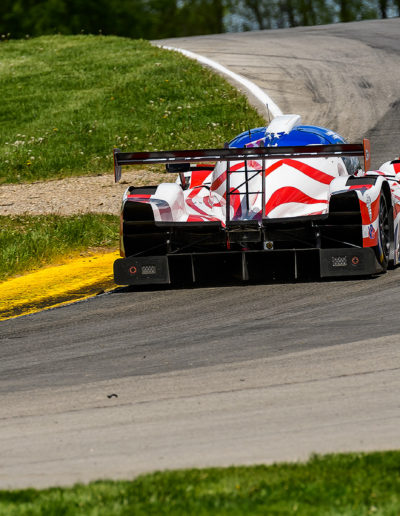 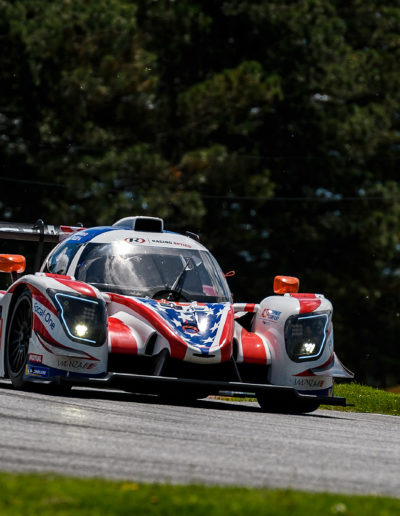 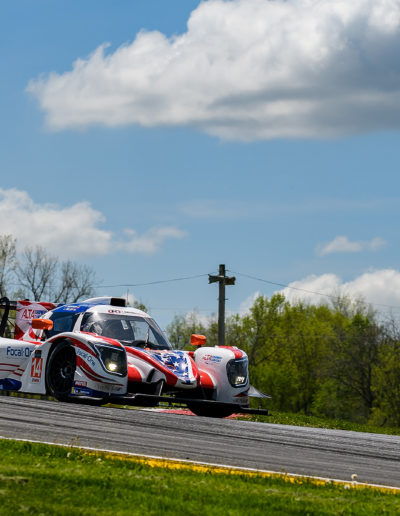 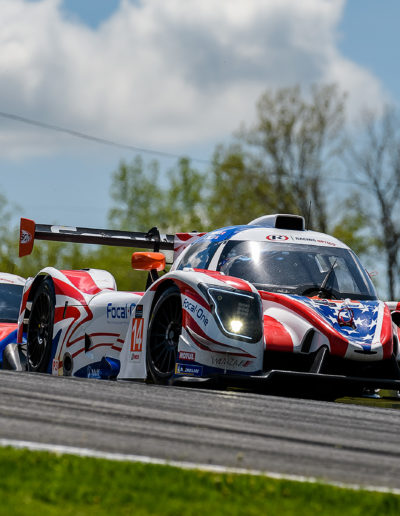 Thompson joins SCM for a single race at Mid Ohio Sports Car Course, a circuit where he has won races both on the Road to Indy and in Porsche GT3 Cup. Co-driver Lance Willsey is coming off an LMP3 class win at the Mobil 1 Twelve Hours of Sebring in March. When the two drivers take to the 2.4-mile Mid-Ohio road course on Sunday morning, they will look for a solid performance to advance SCM’s current 6th place position in the IPC championship standings.

Having earned thirty-four race wins in multiple series throughout North America, twenty-four-year-old Thompson is an established driver, but he takes the wheel with SCM from a unique position. For the past two years, Thompson has worked with the team as a race spotter for the Mobil 1 Twelve Hours of Sebring. Having developed a strong relationship with Willsey and SCM in that capacity, the IPC event at Mid-Ohio offers a natural opportunity to put Thompson in the driver’s seat. SCM is running double duty at the event, contending both IPC and the WeatherTech SportsCar Championship, where they lead the LMP3 class. Thompson is coming off of a weekend sweep of Carrera Cup North America at WeatherTech Raceway Laguna Seca earlier this month and is amid a long intermission in that series before it heads to Watkins Glen International in late June.

Parker Thompson
“I can’t thank Sean Creech and Lance Willsey enough for this opportunity. When I worked with them last year at Sebring, they needed a spotter at the last minute, and I told them that I was stepping away from spotting because I don’t want people to get the wrong idea – I’m in this sport to make a career as a driver. At the time, they said they’d give me a test. Now that it’s turned into a race opportunity, I couldn’t be more thrilled. I’m looking forward to working with the team again. They’ve heard me talking on the radio for 24 hours over the past two years, but it will be good to work with them on a new level, to get to know Sean and Lance better, and help the team get more track time. They’re leading the LMP3 WeatherTech Championship and want to stay there, so that’s the bigger picture. I want to have a strong weekend and bring the car home in a good spot.”

Flag-to-flag coverage of the race is available to USA viewers on PeacockTV. International viewers can watch via IMSA.tv, with IMSA Radio also available at IMSA.com. A race replay will air on USA Network Saturday, May 21 at 2:00 PM EST. Follow Parker throughout the weekend at https://parkerthompsonracing.com/live

Parker Thompson returns to JDX Racing and Porsche Carrera Cup North America presented by Cayman Islands for a new year. Using spec Porsche 992 Cup race cars, Carrera Cup represents the pinnacle of one-make racing with eleven Carrera Cup series run in regions around the globe every year. In Canada and the United States, Carrera Cup North America promises some of the most exciting racing action on the IMSA schedule with a multi-class sprint race format. Thompson returns to the Pro-class for 2022 with his sights set on the championship title.

Surgere, Byers Porsche, and Renier Construction continue the new campaign effort, supporting Thompson as he pilots the #9 Shell Tap Up / JDX Racing entry. After noteworthy success in his 2021 Carrera Cup North America campaign, the 24-year-old Canadian is a prominent figure in the series. In his first full-season of SportsCar racing south of the border, Thompson was one of only three drivers to earn a race win, standing atop the podium at Circuit of the Americas, Road America, and Indianapolis Motor Speedway. The final result was third place in the championship series. For the new season, Thompson is looking to improve on that result. Still, with other top drivers returning to the series, the close rivalries and competition we saw last year are expected to intensify further.

The 2022 Carrera Cup North America schedule launches March 15 with a doubleheader race weekend at Sebring Circuit. An additional fourteen races will follow as the series follows the IMSA SportsCar Championship to seven of the continent’s most famed sports car circuits.

Parker Thompson
“It’s a new season, and I am as hungry as ever to get back behind the wheel and into a Porsche for another year with Carrera Cup. Last year I joined the series, feeling a bit like an open-wheel racer trying to learn sports cars. With an entire season under my belt now, I feel great about our chances in 2022. The competition in this Porsche series is exceptionally close, and it takes a complete team effort to hang out at the front of the field. With JDX Racing, and an incredible group of partners returning for the campaign, I have full confidence in our abilities! In 2021 we didn’t quite reach our championship aspirations. Everyone in our program, Jeremy Dale at JDX Racing, Michael Wappler at Surgere, and even our transportation crew and marketing team, are as hungry as I am for that top step of the podium. It’s going to be an exciting year!” 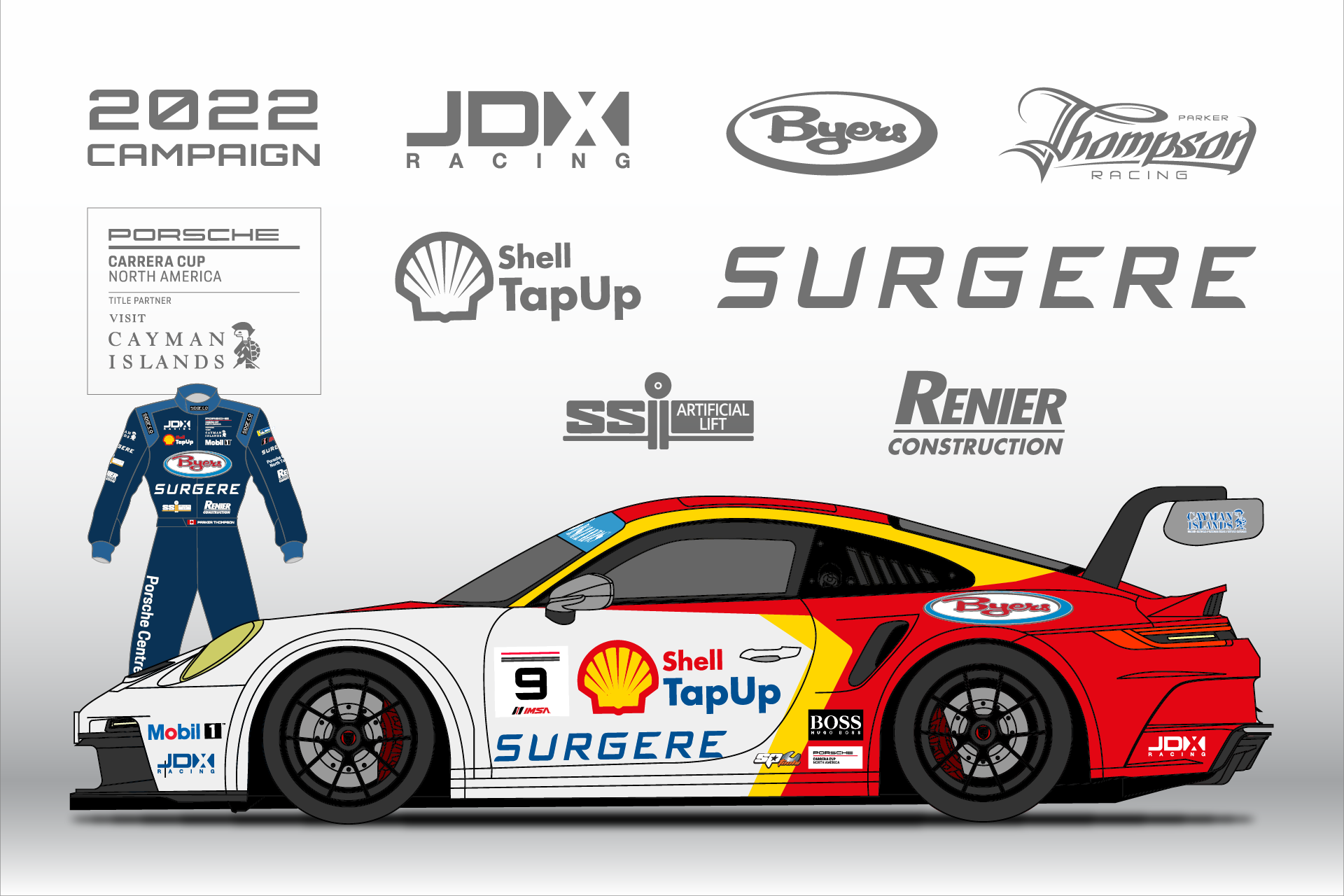