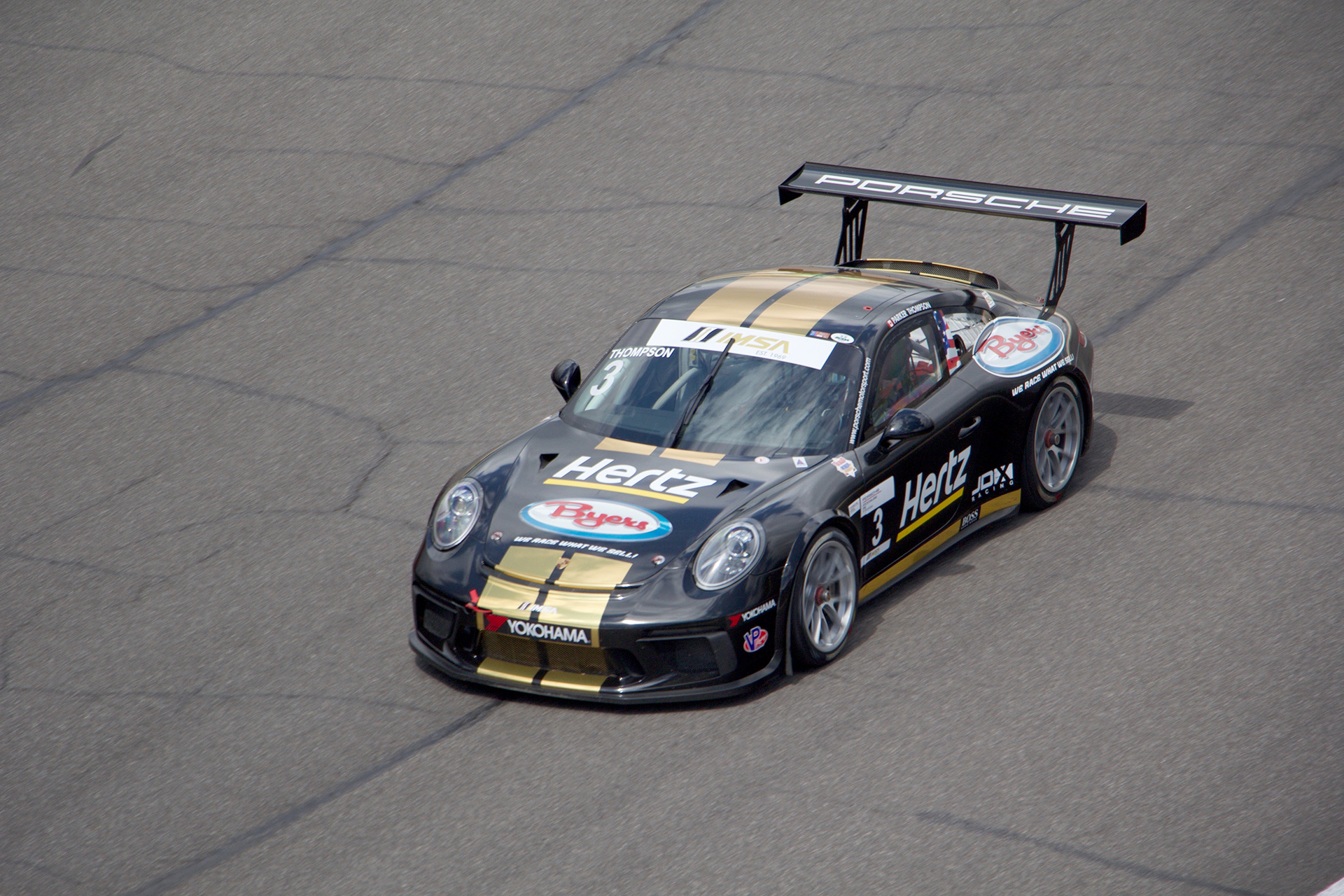 BARBER MOTORSPORTS PARK, ALABAMA – Touting #DriveAnything, Parker Thompson got behind the wheel of the #3 JDX Racing – Hertz – Byers Porsche GT3 Cup Car this weekend for his first experience in fender-to-fender racing action at the 2019 IMSA Porsche GT3 Cup Challenge USA season opener. As an experienced open-wheel race car driver, Thompson’s debut in the series generated significant intrigue about his potential in sports car racing. The final results did not disappoint. At the conclusion of each race, Thompson found himself celebrating on the podium. Third-place finishes in both race one and race two, position him 3rd overall in the GT3 Cup Challenge USA Championship standings.

Both races saw hard battles and close quarter racing that is characteristic of the Porsche GT3 Cup Challenge, but race two was particularly close. Thompson’s #3 car took damage on lap four, destroying the front splitter and significantly challenging his pace from that point forward. As a result, Thompson found himself on the defense against sophomore drivers Maxwell Root, and JDX Racing teammate, Jeff Kingsley. Root showed tremendous pressure, often going side-by-side with Thompson on the winding road course, but he never managed to execute a full pass. Root would eventually collide with lapped traffic, leaving Thompson to defend Kingsley alone. The battle between the two young Canadians lasted right to the checkered flag, with Thompson managing to hold his spot and earn the final podium position.

With this outstanding result, Thompson is excited about future opportunities to race in the Porsche GT3 Cup Challenge, but remains focused on the Indy Pro 2000 Championship. After winning the opening two races at the season opener in St. Petersburg last month, Thompson holds a significant lead in the Championship points standings.

Parker Thompson
“I know Barber Motorsports Park very well with my background in open wheel cars, but this was a huge learning weekend for me. I think I learned more about racing in the last four days than I have in the past year! I was driving a car that I’d never driven before; I had a new team and new crew behind me and the JDX Racing guys were just awesome. We all gelled really quickly and the atmosphere and communication under the tent was outstanding. The #3/JDX Racing/Hertz/Byers Porsche got better with every change and my understanding of what it takes to drive this car fast also grew. I’m ecstatic with our performance this weekend, but I’m equally as hungry for more results.” 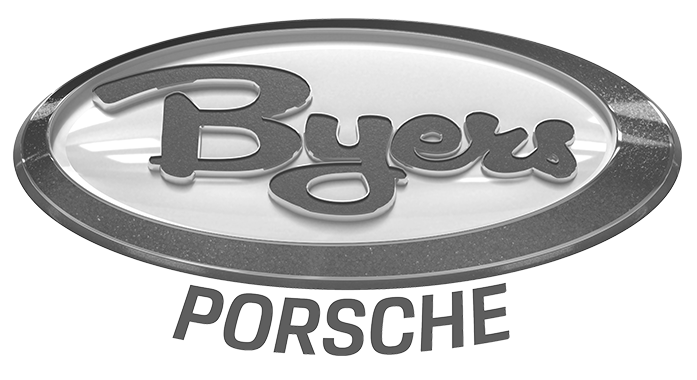