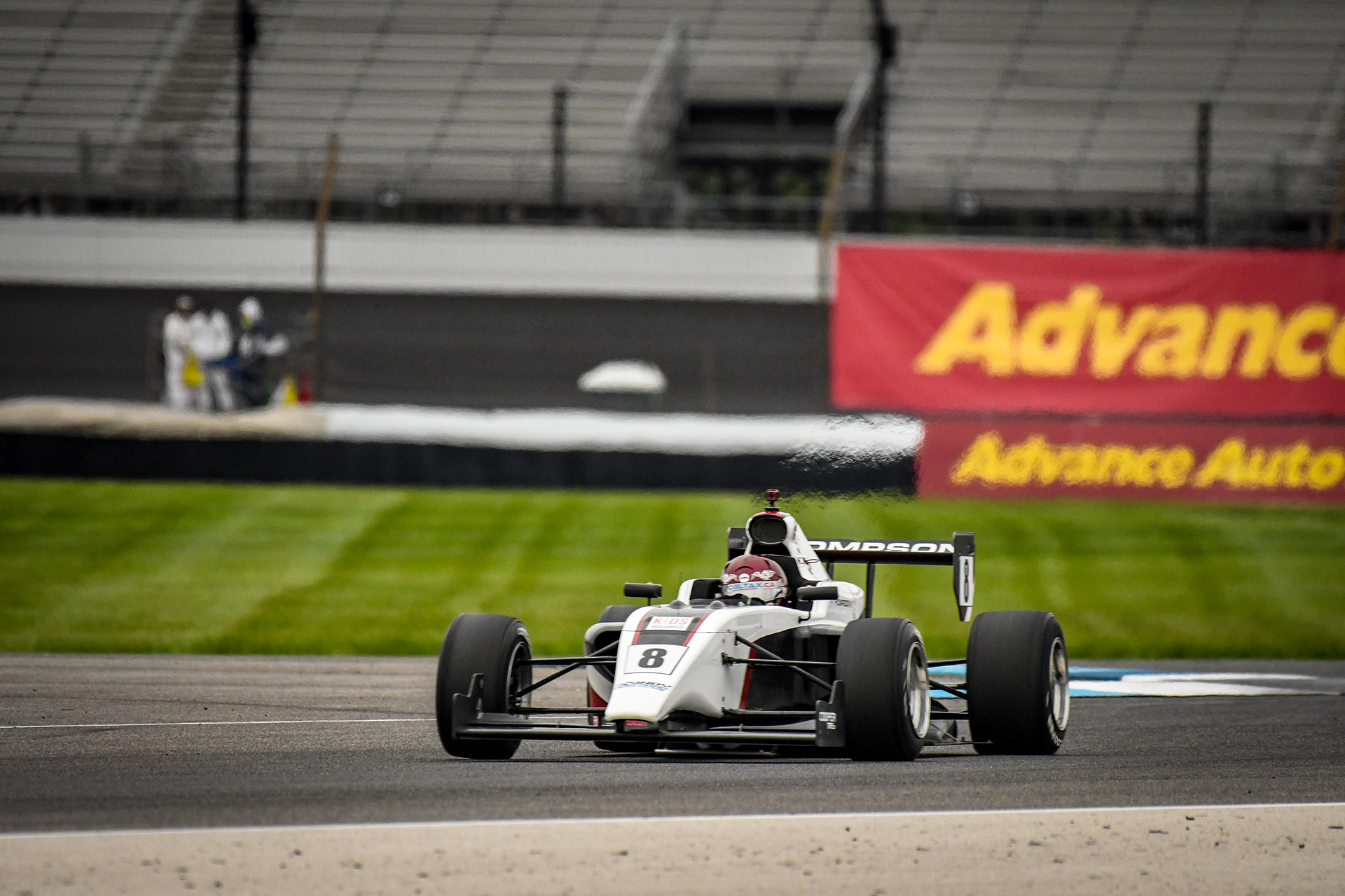 INDIANAPOLIS, INDIANA – This weekend at Indianapolis Motor Speedway, Parker Thompson undertook races 3 and 4 of the 2019 Indy Pro 2000 Championship. As the Championship leader and race lap record holder going into the weekend, all the pressure was on Parker. After struggling in practice and qualifying, Thompson was forced to start both races near the back of the grid. During race action however, he was able to make up a significant number of positions, finishing fifth place in both races. He is currently second in the overall championship standings.

Wet conditions, and an alternator failure significantly impacted testing and set-up for the Abel Motorsports team in only their second Indy Pro 2000 event, and first event at Indianapolis Motor Speedway. When Thompson entered Friday’s qualifying sessions, he had managed only one lap in the first official test session, and never showed the pace necessary to run with the top cars. He would qualify for the weekend’s races in 12th and 13th positions.

At the drop of the green flag, Thompson demonstrated the race craft which put him on the top step of the podium in the first two races of this 2019 season. In the races at Indianapolis Motor Speedway, he made up a total of 15 positions, finishing in 5th place for both races.

Thompson’s performance during race action made him the biggest mover of the weekend. In comparison, Nikita Lastochkin, Antonio Serravalle, and teammate Jacob Abel all tied for second spot in this statistic, each gaining six positions during race action. Thompson more than doubled that number.

The end results of the weekend show Thompson swapping positions in the overall Indy Pro 2000 championship standings with Rasmus Lindh. After his dominant performance in St. Petersburg, Thompson is currently in 2nd position, just eleven points back from the Swedish native. There are twelve events remaining in the Indy Pro 2000 Championship. 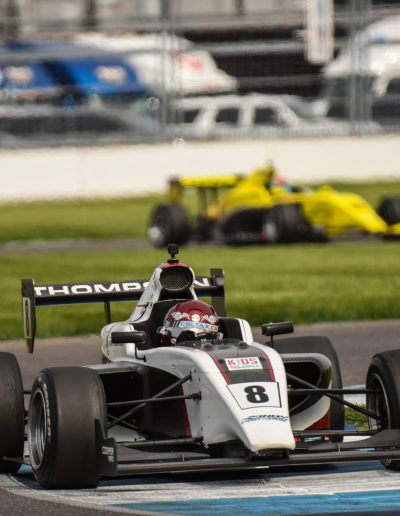 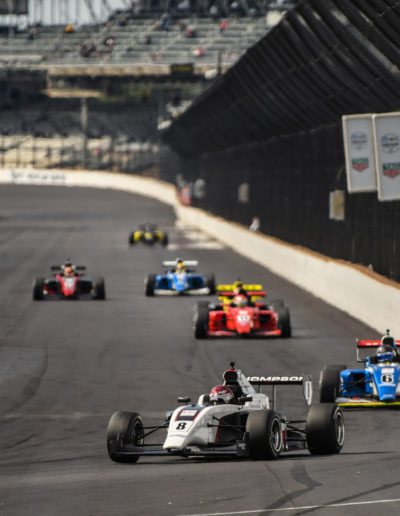 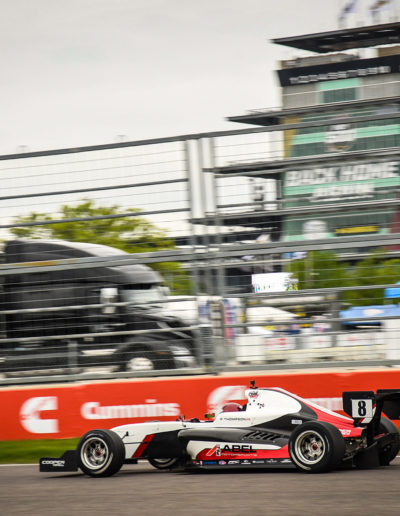 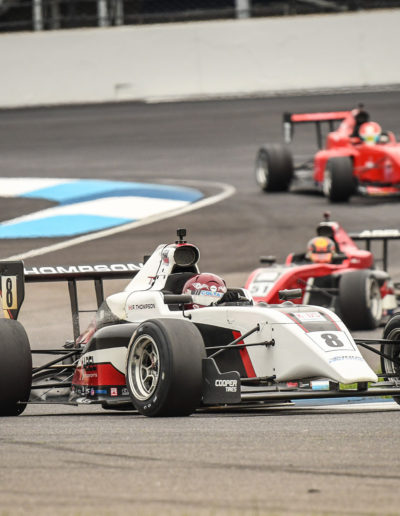