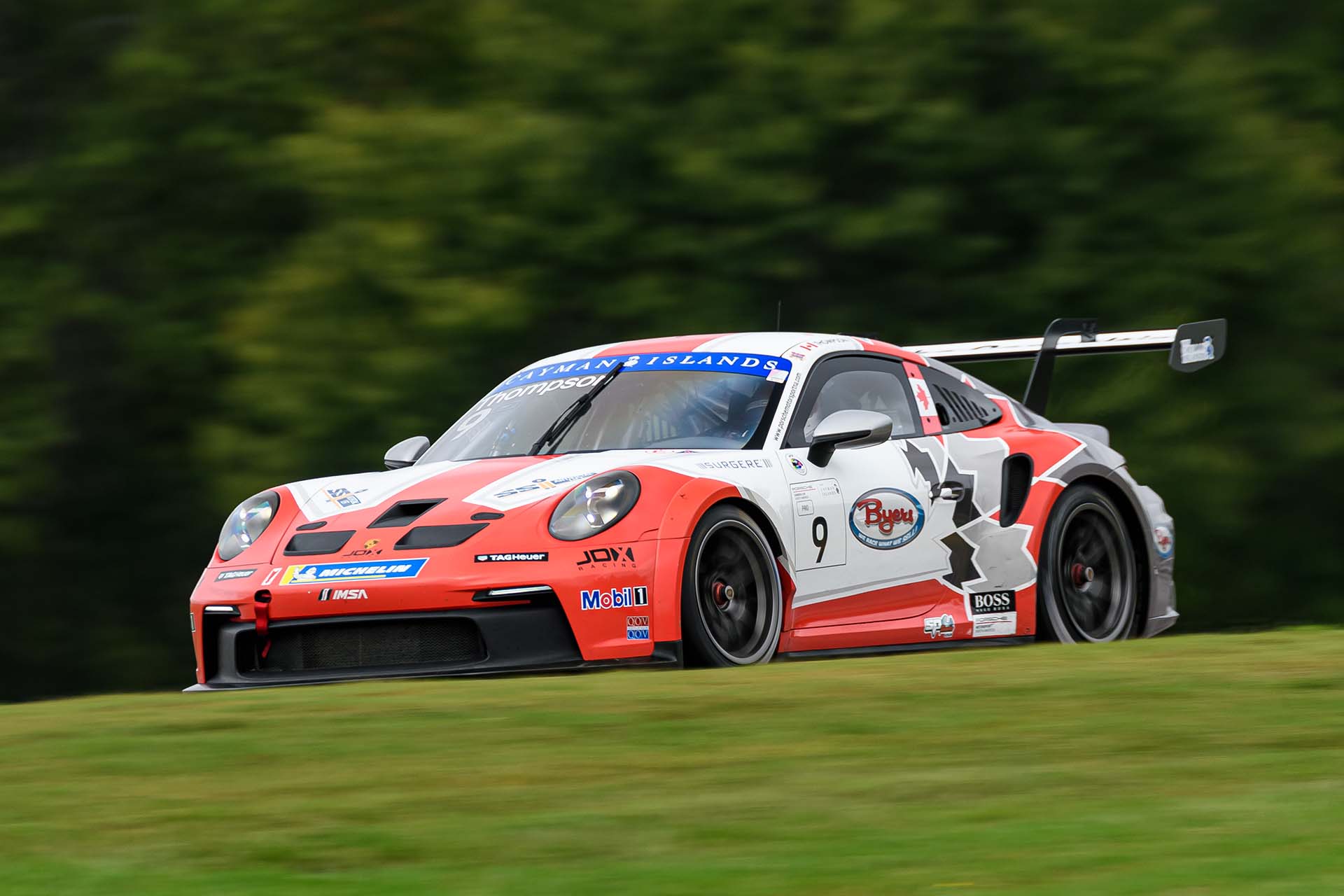 The inaugural Porsche Carrera Cup North America visited VIRginia International Raceway this weekend for races 12 & 13 of the sixteen race schedule. The iconic track provided some spectacular racing action as the Pro-Class championship came into focus. Thompson and team JDX Racing entered the weekend holding third in the overall standings, looking to further improve on their position after a strong performance in Indianapolis last month. In each race, Thompson and the #9 of JDX Racing improved on their fifth-place starting position, earning fourth-place and third-place finishes on the weekend.

Through winding esses and dramatic elevation changes, the high-speed VIR road course rendered tremendous bumper-to-bumper racing throughout the weekend. From his starting position on the third-row, Thompson was fully entangled in action early in the two races.

In Race 1 on Saturday, a tough start dropped Thompson back to the sixth spot in the opening corners of the race. Through seven laps, he battled veteran drivers Leh Keen and Erik Johansson to regain his original position and then take fourth place. Finding a gap greater than eight seconds to the race leader, Thompson then managed his fastest laps of the race in an effort to close distance on a podium position. While that gap would narrow through the middle part of the contest, his pace began to fade as the laps added up. Neither the safety car nor a caution flag would offer any relief through 26 laps of the 3.27-mile circuit before the checkered flag fell.

On Sunday, an exciting start saw multiple exchanges among the top five cars through the opening corners of Race 2. A significant wreck resulted when fellow Junior driver Van Berlo edged across the nose of the JDX Racing #9 at the entrance of Turn 3. Van Berlo left the track and skidded across the grass into the barriers outside the high-speed left-hander. Thompson, who held forth at the time of the incident, took the final podium position while the safety crew collected the wrecked Porsche 992 and repaired damaged ARMCO barriers.

After five laps behind the safety car, green flag action resumed. Thompson managed early pressure on the race leaders Dickinson and Priaulx but again faded as the race progressed. He maintained third place, unchallenged, until the end of the contest.

A third and fourth-place finish on the weekend provides Thompson with a solid gain in championship points. However, after narrowing the gap to championship leaders in races at Road America and Indianapolis Motor Speedway, here Thompson saw the distance to the leader expand. Now, just three races remain on the schedule. All will come during a triple-header weekend at Michelin Raceway Road Atlanta on November 10 – 12. There, Thompson will look to put an exclamation mark on what has been a strong season’s campaign by adding another win.

Parker Thompson
“It’s never a bad weekend when we can climb the podium. This was my first visit to the beautiful VIRginia International Raceway. Some testing issues meant we probably weren’t as prepared as we would have liked for the action this weekend. The crew had a late night yesterday trying to find us an edge, and it showed benefits!

I hate to see anyone wreck a car out there. Van Berlo and I have raced each other hard and clean throughout the year. I was on the outside of him going into turn three and I don’t think he knew that I was there. I’m glad to see that he wasn’t seriously hurt.

Special thanks to our partners: Porsche Canada, Byers Porsche, and Renier Construction. Michael Wappler at Surgere and Yero Hilts at SSi Artificial Lift brought a great group of people here to VIR for the weekend. We had an incredible weekend together. I’m looking forward to another incredible weekend at the season finale in Atlanta next month!” 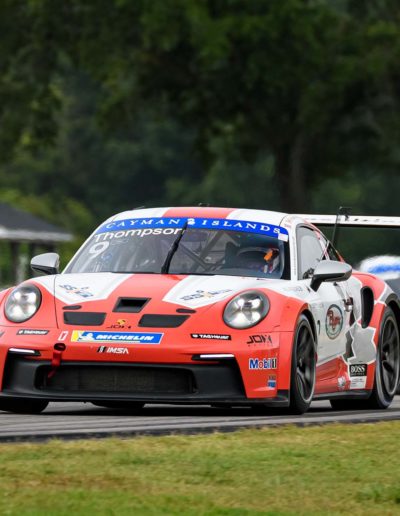 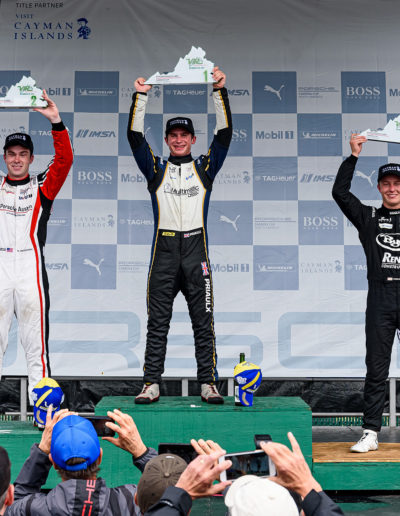 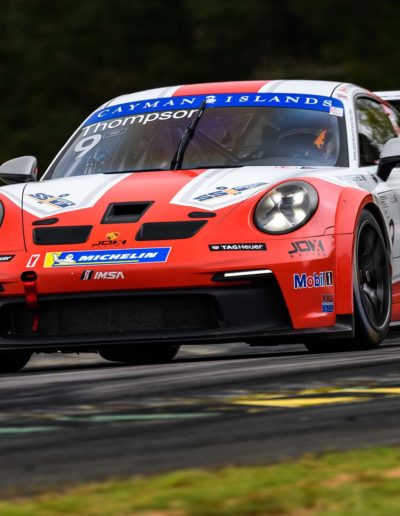 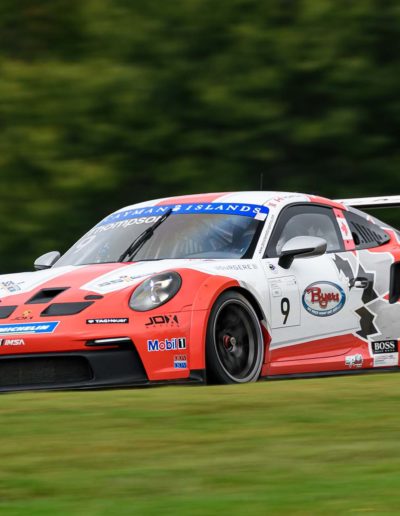