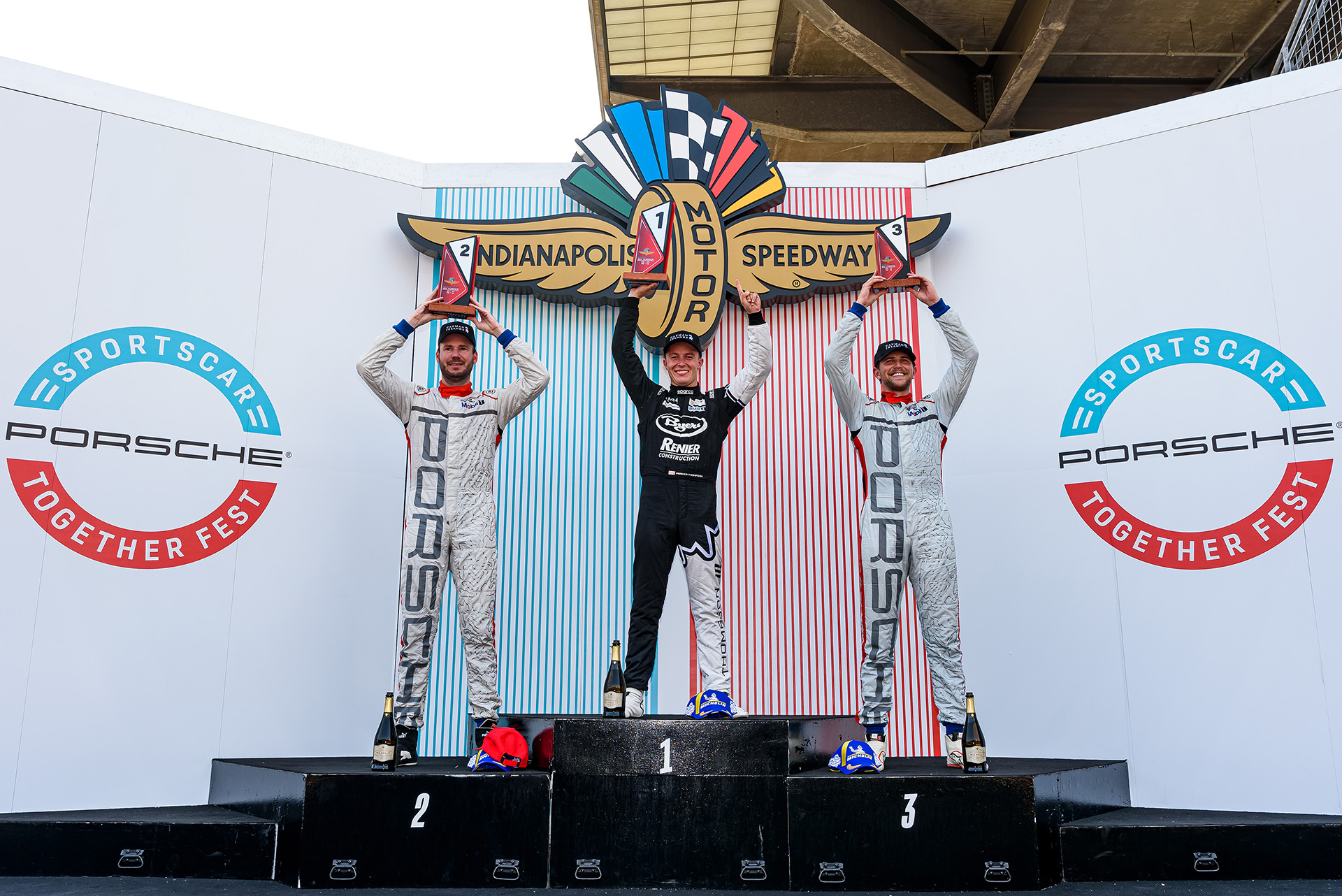 The Porsche Sportscar Together Fest and Indianapolis Motor Speedway played host to a unique event for Carrera Cup North America Presented By Cayman Islands this past weekend. Three races at The Yard of Bricks provided a massive opportunity to transform the championship. Porsche Canada driver Parker Thompson entered the weekend holding third place in the overall standings. Coming off of a win last month at Road America, expectations for Thompson were high. He did not disappoint. Thompson piloted the #9 Porsche 992 of JDX Racing to his third win of the season, leading more laps than all drivers throughout the weekend.

After setting the fastest time in Friday afternoon’s practice, Thompson began qualifying with a blistering lap of 1:36.620 seconds. That would hold as best for most of the session. A late lap by Seb Priaulx would better that time by little more than a tenth of a second, and Thompson was unable to counter before the session closed. He would start on the outside of the front row for all three races throughout the weekend.

In Race 1 on Saturday afternoon, Thompson and the red, white, and grey #9 of JDX Racing would hold second for the entirety of the contest. In an incident-free race, his position was never challenged. Apart from aggressive passing attempts on the opening lap, Thompson followed Priaulx through twenty-eight laps to the finish and took the second step on the podium.

Seemingly taking a lesson from Race 1, Thompson was able to exploit Priaulx as the pair again lined up on the front row for Race 2. Thompson got a jump on Priaulx at the start and was able to pass him under braking into turn one on the opening lap. From there, the Canadian never looked back, holding his lead through two re-starts and taking the checkered flag after twenty-five laps. It was a dominant win from Thompson, and one that provided a massive boost in the championship standings as fellow contenders Priaulx and Van Berlo fell victim to incidents late in the race.

In the weekend’s final race, Thompson again lined up beside Priaulx at the start and again seemed to find an early advantage. Aggressively committing to holding the outside position through turn one on the opening lap, Thompson set the #9 JDX Racing car on the advantageous inside line for turn 2. Narrowly squeezing past Priaulx, he took the lead in the opening moments of the race. Unfortunately, a mid-field collision on that opening lap resulted in a lengthy caution as the crew worked to clean an extensive spill. After ten laps under yellow, race action resumed, and Thompson was immediately penalized for a start lane violation. Re-emerging in 19th position, he had limited time to recover. In four laps, Thompson moved eight spots to P-11 before the checkered flag fell.

With the results of Race 3 providing a reverse of fortunes to Race 2, Thompson maintains his third position in the standings for Carrera Cup North America Presented By Cayman Islands. The standings tighten however. Less than 60 points separate the top three drivers. As Thompson and JDX Racing seem to grow stronger and stronger as the season progresses, we can expect action in the series to intensify with five rounds remaining. Rounds 12 and 13 will run October 8 – 10 at Virginia International Raceway.

“Any weekend that I get to go racing is special, but three races in two days here with Porsche taking over Indianapolis Motor Speedway was an experience I’ll never forget. I’m so honored to work with the team at JDX Racing. The #9 feels like it gets faster and faster every stint. That takes an effort that extends to each member of our group. Special thanks go to our incredible partners at Porsche Canada, Surgere, SSi Artificial Lift, Byers Porsche, and Renier Construction. We had a penalty in Race 3 that we are less than happy about, but I’m not going to let that take away from our overall performance this weekend. We put another win in the books. Now, it’s time to put our heads down and get ready for VIR.” 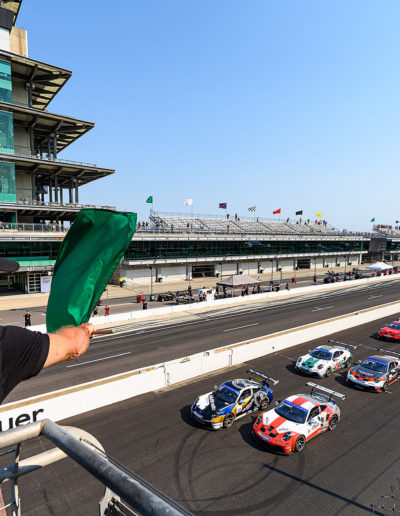 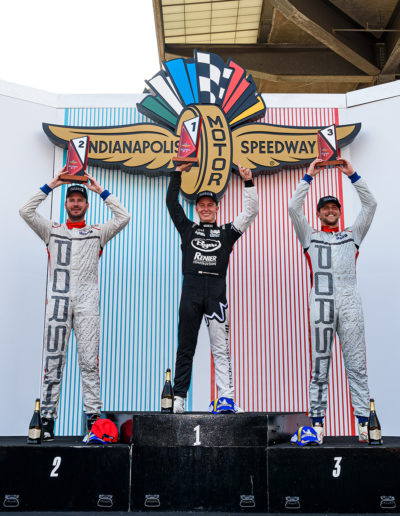 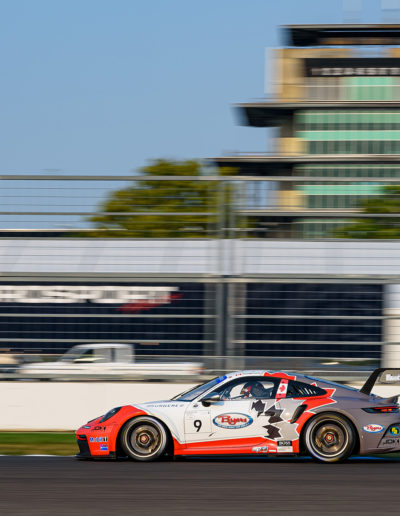 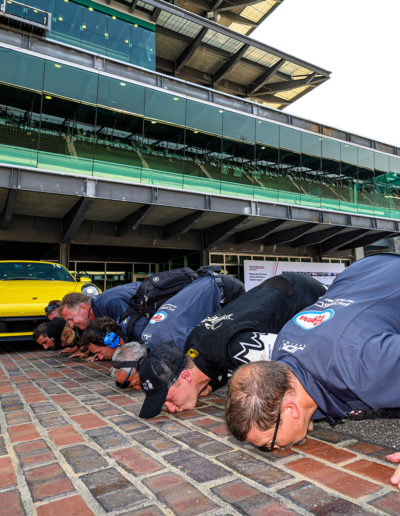 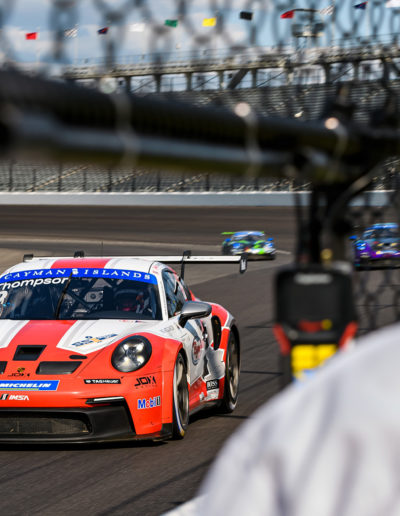 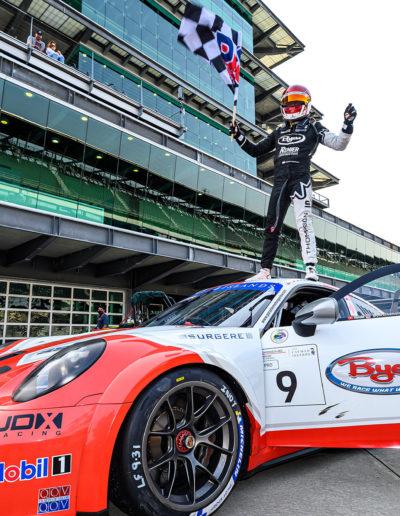