In a weekend mired in rain and cool temperatures, Parker Thompson navigated treacherous conditions to win his first sports car race in Race 3 of the 2019 Porsche GT3 Cup Challenge USA at Mid-Ohio. For Race 4, the second of two races at the Acura Sport Car Challenge at Mid-Ohio, Thompson finished 2nd. That result put him on the podium four times in four races to kick off his career in sports cars.

Weather was a big factor for official practice sessions on Friday, where many cars did not even venture out on track. Thompson however, showed promising pace in the #3 JDX Racing / Hertz / Byers Porsche, eclipsing the fastest lap time of his competitors by nearly 3 seconds. With wet conditions continuing into Saturdays qualifying session, there were high expectations for Thompson. Multiple incidents on track however, ended the session with no timed laps completed. As a result, the starting order for Race 3 was determined by driver championship points standings. Thompson would start in third position, on the inside of the second row.In steady rain, Thompson cleanly piloted the #3 car past championship contenders Riley Dickinson and Roman DeAngelis, before pacing away from the pack. In an incident filled race, with eleven out of 22 laps driven under a yellow flag, all except for five cars would fall a lap down to Thompson. In only his third race in the car, Thompson showed a dominant victory and solidified the fact that he is a contender for the overall championship.With clearer conditions on Sunday, Race 4 began with Thompson on pole position, and championship leader Roman DeAngelis immediately behind him on the second row. The two Canadian drivers battled hard for ten laps before DeAngelis squeezed by to take the lead position. Thompson held second for the remainder of the race. Four races into the 2019 Porsche GT3 Cup Challenge USA season, and Thompson’s sports car career, he has found the podium in each of four races.“The results this weekend are truly exciting. With the help of Hertz and Byers Porsche, the JDX Racing crew has put together a great race car. While I was happy with my pace right from the start of the season, there is still room for improvement. This weekend was a great indicator of progress, and a sure sign that we can contend for the overall championship. I’m honored to work with a great team of people, and so excited for what the future holds.” – Parker Thompson 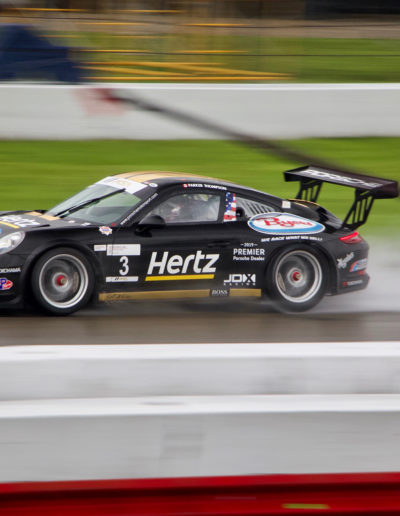 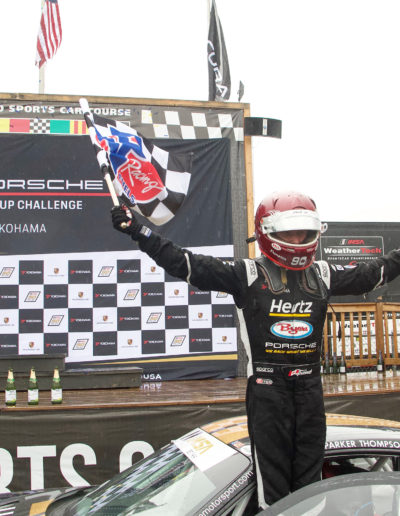 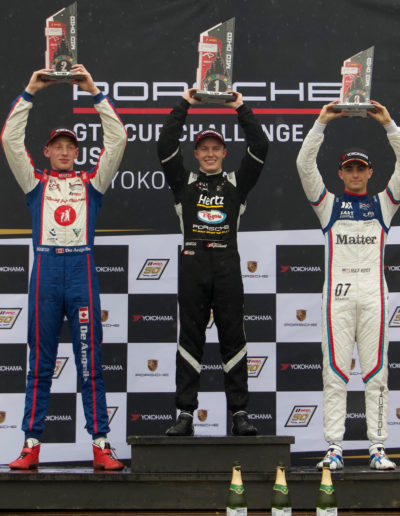 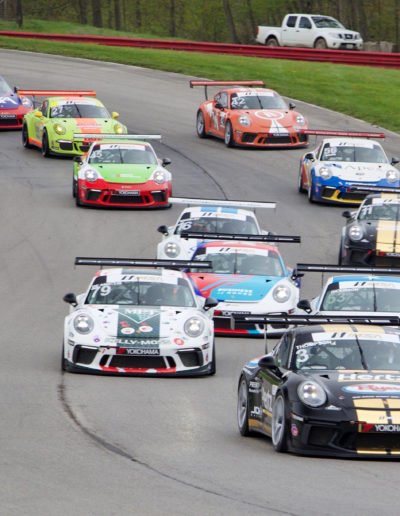