This weekend at the famed Wisconsin road course, Road America, thirty-seven Porsche racers from across the continent gathered for two races with implications in both the Canadian and USA divisions of the IMSA GT3 Cup Challenge. The event marked the second of two continental events on the 2019 GT3 Cup calendar, after groups from both countries gathered at the Montreal F1 Grand Prix in June. Driving the #3 entry of Porsche Centre Victoria and SCB Racing, Parker Thompson arrived at Road America ranked 2nd overall in the Canadian championship. In races marred by multiple collisions and lengthy durations under caution, the Alberta native earned two top ten finishes, gaining positions during race action after a difficult qualifying result.

With nearly twice the number of entrants usually seen at Canadian series events, dense traffic on course had an impact throughout the weekend. Qualifying saw many drivers, including Thompson, struggle to find space on the fourteen-turn road course. In an abbreviated session, cut short by an incident on track, Thompson managed only the 12th best qualifying time.

Chaos continued during races on Saturday and Sunday. Drivers involved in close battles throughout the field generated multiple collisions and a string of yellow-flagged laps. Records show that more than three-quarters of race laps during the weekend were driven under caution with the guidance of the Porsche Panamera safety car. For the most part Thompson managed to avoid the chaos. In Race 1, an impact between drivers Dussault and Gomez nearly collected Thompson. He would avoid a collision by jumping the curb and driving his car across the grass to avoid the pair as they spun. It was a close call that would allow multiple drivers to drive past the black and gold #3 car. In only three green flag laps to follow, Thompson would gain three positions. Climbing from 12th, he would finish 9th overall, and sixth among Canadian competitors.

Race 2 showed a slightly better result – Thompson would finish seventh overall. With only one non-Canadian competitor ahead of him however, he was not able to improve on his championship points earnings from Race 1. The result allowed rival Jeff Kingsley to pass Thompson and take second spot in the overall Canadian series championship standings. The two will enter the series finale next month at Circuit Mont Tremblant, separated by only two points.

Parker Thompson
“Anytime there are this many race cars on the track things are bound to get interesting. We knew going into the weekend that setting a good time in qualifying was absolutely critical. Porsche Centre Victoria and SCB Racing gave me a fantastic race car. Unfortunately, I wasn’t able to put a complete lap together to earn the starting grid that we were looking for. With a limited amount of green flag racing this weekend, I’m happy with how we were able to take advantage of the limited opportunities we saw to move up.”

The Indy Pro 2000 Championship Presented by Cooper Tires visited the famed Road America Circuit this past weekend for its only event in the month of June. After a challenging month of May in the Road to Indy series, Parker Thompson returned to the form he has demonstrated throughout his young racing career. The Alberta native began the weekend by posting the fastest overall time for Race 1 qualifying. In two critical races during the weekend, Thompson would earn two podium finishes.

It was an important result for Thompson and team Abel Motorsports, who divided their crew between Road America, and Pittsburgh International Race Complex for the weekend, where Thompson’s teammate Jacob Abel is also contending for the F3 America’s championship. Veteran engineer on the Road to Indy, Thomas Knapp, was brought in to manage the Indy Pro 2000 crew for the weekend. His championship winning experience played a meaningful role in the team’s result.

In Qualifying 1, Thompson and the #8 Abel Motorsports machine posted the fastest time and earned pole position for the first race of the weekend. Qualifying 2 was more tightly contested. Thompson ran fourth fastest among the thirteen drivers, just one tenth of a second behind the leader.

In race action, that tight competition continued. Both Race 1 and 2 showed multiple position changes among the front runners. Thompson would finish 3rd, taking the final podium step each time. The results earned Thompson valuable points towards what is turning into a very close championship battle. He is currently second in the standings, trailing Swedish rookie Rasmus Lindh, and one point ahead of 2018 USF2000 Champion Kyle Kirkwood.

“It is great to get on the podium here in Road America. Given some of my recent results in this series, a strong showing here was important to staying competitive in this tight 2019 Championship. Wisconsin, and Road America, is also the closest thing that I have to a home outside of Canada. We’ve got a great group of fans and supporters here to cheer us on. We are so happy to be able to pull this result together and celebrate with them all.”

The Indy Pro 2000 series continues on July 12 – 14, 2019 at the Streets of Toronto for the Honda Toronto Indy. As the only Canadian race on the Road to Indy, the event is always special for Thompson, but this year it will be of extra significance.

“As big of a crowd that we had out here at Road America, I expect to see even more fans and supporters in Toronto this year. Not only will I be racing in Indy Pro 2000, but I’ll also be competing in the Porsche GT3 Cup Challenge. That’s going to make for a great weekend! It’s going to be extra special, because it will also mark my 100TH ever auto race. At my young age, I’m so fortunate to have had a great career, and I’m looking forward to some special festivities to celebrate that landmark.” 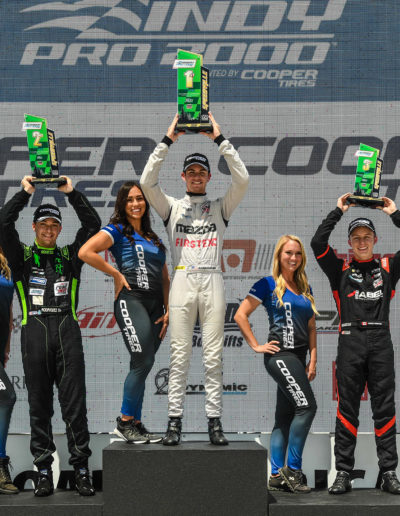 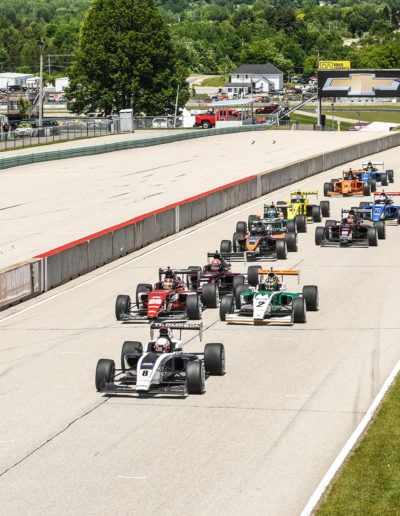 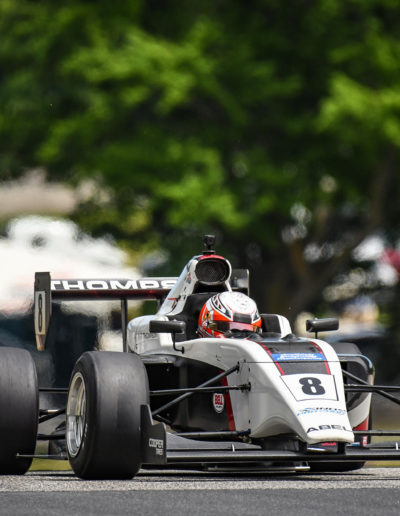