It has been an unforgettable season of racing for Red Deer’s Parker Thompson. Campaigning forty races across three different series, Thompson entered the year’s final weekend of racing having already clinched a title in the Canadian Touring Car Championship while placing third in the Indy Pro 2000 Championship on the Road to Indy. Holding third in the Porsche GT3 Cup Challenge Canada Championship, Thompson and team SCB Racing were looking to move up with strong finishes in races on Saturday and Sunday at Circuit Mont-Tremblant. The 21-year-old series rookie did exactly that. A fourth place and a second-place finish gave Thompson enough points to leap-frog rival Jeff Kingsley and take second place in the overall 2019 Porsche GT3 Cup Championship.

With cool fall conditions and light rain, the weekend began with Saturday morning’s qualifying session and a supreme performance from Thompson. After great results in rain earlier this season, including a Porsche win at Mid-Ohio Sports Car Course, the Alberta native demonstrated his wet-weather prowess once again at Mont-Tremblant. Thompson piloted the #3 GT3 Cup Car of SCB Racing to the fastest time of the qualifying session, with more than a half-second cushion over second place.

Although performance during the qualifier should have given him the pole position for Race 1, a team infraction led to the disqualification of all lap times. Late in qualifying, the car was brought into the pits for last-minute adjustments that unfortunately were not completed before the session ended. As a result, Thompson was forced to start Race 1 from the back of the grid.

On the drying track, Thompson showed incredible pace. He drove the black and gold #3 car from 14th to 4th place not once, but twice, after a drive-through penalty was assessed to him for jumping the race start. He would finish in 4th, clocking the fastest lap of the race.

Thompson’s performance on Saturday allowed him to start Sunday’s Race 2 from pole position. On a dry track, he found himself in an intense battle with championship leader Roman DeAngelis. The two drove nose to tail through 20 laps of the 4.2-kilometer road course before DeAngelis executed a pass that left Thompson in second place when the checkered flag fell.

These two strong finishes gave Thompson sufficient points to take second position in the overall championship. The result is an exclamation point at the end of a 2019 season where he has been impactful in every race that he competed in.

Parker Thompson
“That was again a great weekend of racing, and I’m proud to end the year on a high note. Obviously, we are a bit disappointed about the penalty that took us off of the pole position for Race 1 in the rain. It’s hard not to think about what could have been. That said, we came into the weekend looking to take the second spot in the overall championship, and we met our target there! Many thanks to Ilker Starck, SCB Racing and our sponsors Porsche Centre Victoria and Island Circuit for a great year. I really can’t thank them enough for all their help this year. When I joined the Porsche GT3 Cup Challenge series, I wasn’t entirely sure what I was in for. We were a young team but I think we smashed all expectations. I’d love to come back to the series in 2020 and build on our achievements this year.” 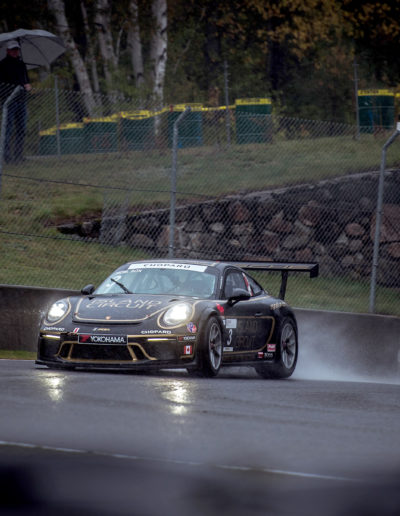 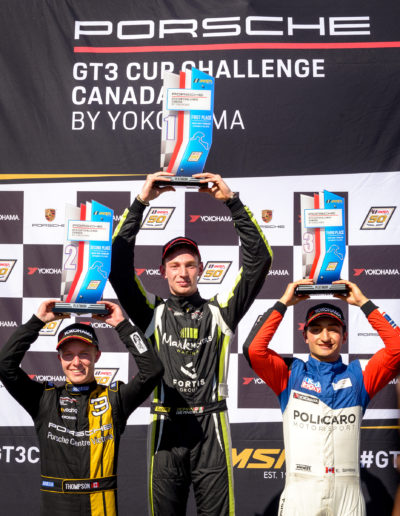 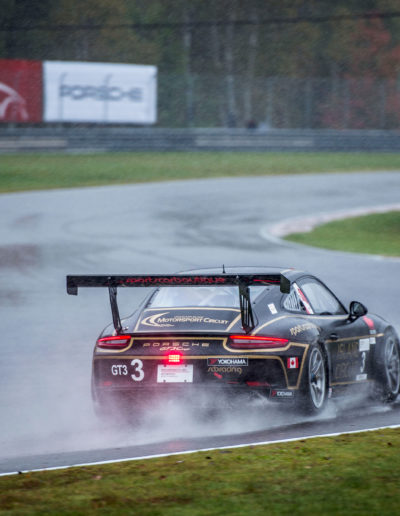 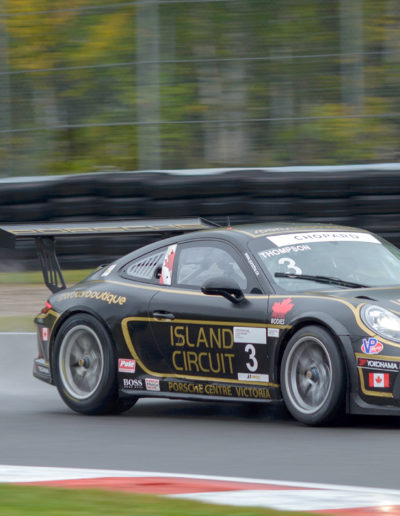