All eyes were on Canadian Parker Thompson as Carrera Cup North America made its first visit north of the border, as two races joined festivities at the 2022 Honda Indy Toronto. The twenty-four-year-old Alberta native entered the event as the top Canadian in the Carrera Cup series, holding second in the Pro-class season standings. With the spotlight shining brightly on him and the No.9 Porsche of JDX Racing, Shell Tap-Up, Surgere, Byer’s Porsche, Renier Construction, Jersey Mike’s Subs, and SSi Artificial Lift, Thompson had two dramatic drives in front of a home crowd. The first of two races featured a thrilling charge by Thompson from the back of the field, while the second showed a hard-fought podium finish. The final results allow Thompson to maintain second in the overall Championship race with ten of sixteen rounds now complete.

From the weekend’s first laps, it was clear that Thompson would have his work cut out for him as he challenged the front of the field on the 2.7-km, 11-turn Streets of Toronto circuit. In Friday’s practice sessions he showed just the 5th and 4th best times. Overnight adjustments allowed Thompson and the white, red, and yellow No.9 to close in on the leaders in Saturday’s Qualifying session. He would post the third-quickest time in a tightly packed top four, earning starting positions on the inside of the second row for both races.

In the opening lap of Race 1 that afternoon, Thompson made an aggressive charge for the lead. With a strong launch past the green flag, he captured second place before turn one and positioned himself for an attack on pole-sitter Trenton Estep. Down the long back straight and into the crucial turn three, the two drivers created a gap against the rest of the field. Thompson made his attack there. Taking the inside line, he cleanly moved past the leader and back onto the racing line before the corner.

Unfortunately, he misjudged his speed at the turn-in point. Instead of attempting the tight, hairpin corner, he bailed into the runoff area. When Thompson rejoined the opening lap, he was 24 seconds behind the entire field. From there, Thompson launched an exciting run back up the rankings. Through 32 laps, he gained nine spots, carefully measuring passes within the tight walls of the Streets of Toronto circuit. When the checkered flag fell, he sat in sixth.

Race 2 in Carrera Cup on Sunday afternoon took place within a condensed timeline after significant incidents in other Honda Indy Toronto events created a delayed start. Again, Thompson showed no hesitation and aggressively pursued positions on the opening lap. In turn one, the JDX Racing driver again made a pass for second place. However, instead of challenging the lead, he then found himself in a defensive position. Kelly Moss Racing driver, Riley Dickinson, showed excellent pace and a relentless attack on Thompson. Thompson countered each of Dickinson’s overtaking attempts in a battle that held watchers’ attention throughout the race. When the checkered flag fell after eighteen laps, the two were still tightly engaged, but neither had changed position. Thompson claimed the second step of the podium.

While the weekend brought Thompson’s first finish outside the top five this year, Sunday’s second-place finish and increasing parity between competitors allow Thompson to maintain his second place in the championship standings. With six races remaining, Thompson closes in on the leader slightly, now sitting 52 points from the top of the rankings. From here, the season moves to Road America on August 6 – 8, 2022. The Wisconsin road course is a personal favorite of Thompson and an event where he won in 2021.

Parker Thompson
“After three years, it was incredible to be back racing on The Streets of Toronto. There is no doubt that my passion for this event shone through in my driving this weekend. We put ourselves in the middle of the action for both races. Early in Race 1, we nearly captured the lead but instead found ourselves off the track in Turn 3 and 24 seconds behind the back of the field. To be able to move back up to the sixth place and salvage some points is a testament to our performance here. In Race 2, we battled start to finish with some very fast competition and came home second. As always, the fans here showed up to make this an event I’ll never forget. We’re still second in the championship, and the standings are only getting tighter. We’ll be ready for more when the series arrives at Road America next month.” 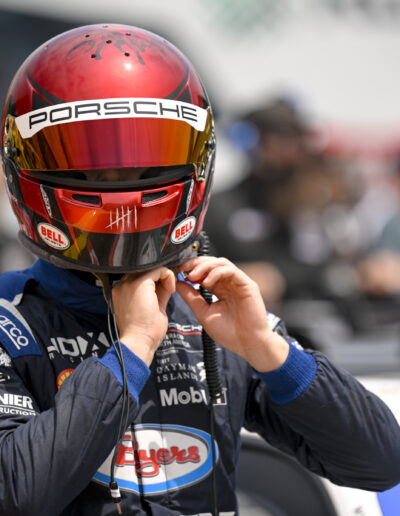 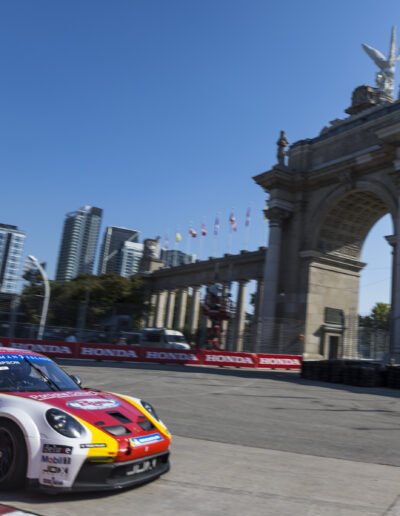 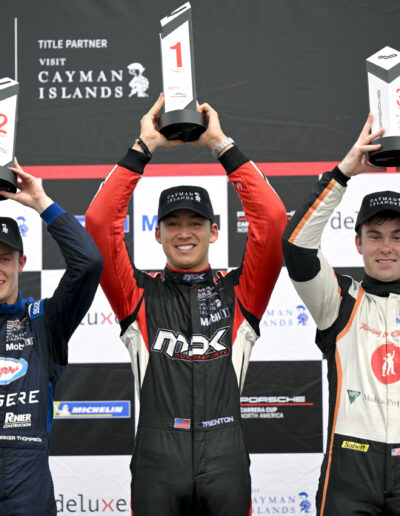 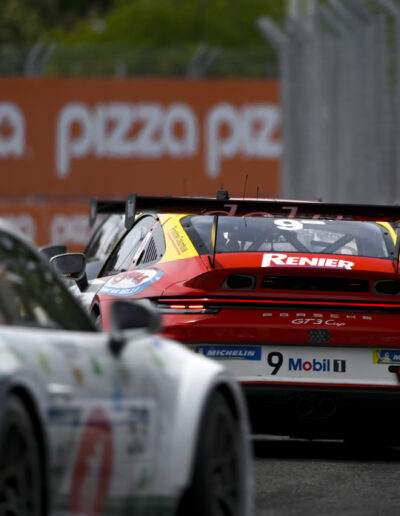 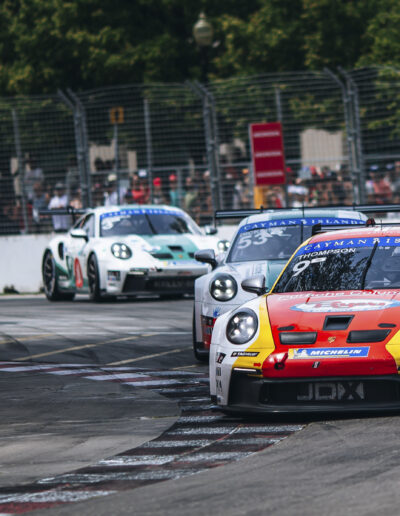 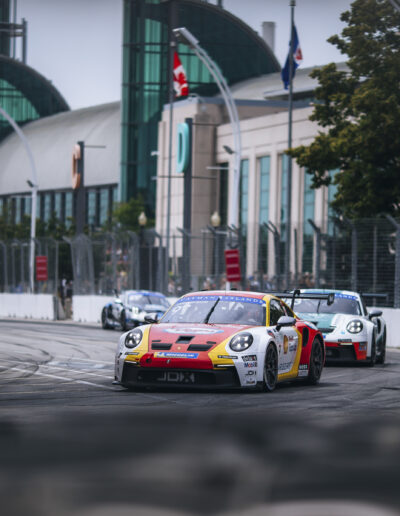 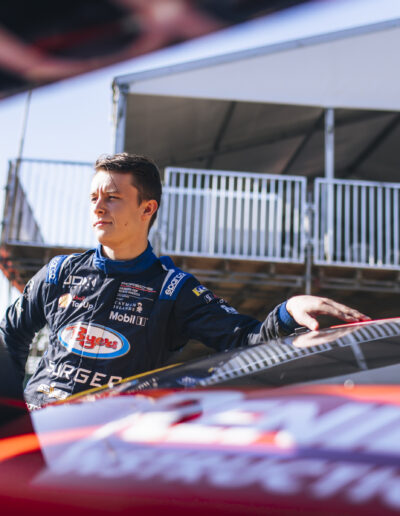 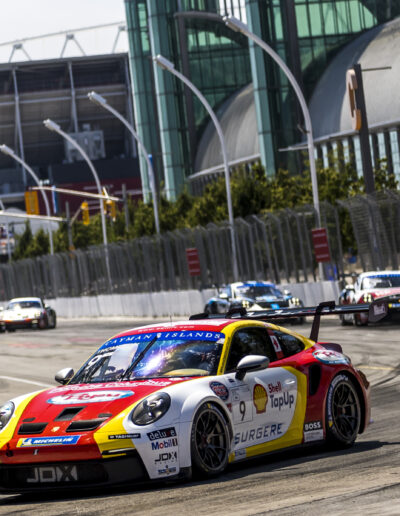 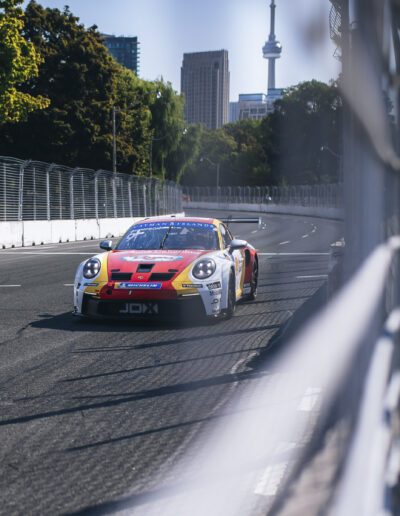 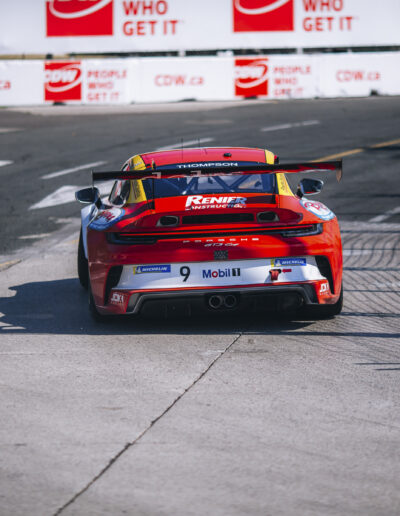 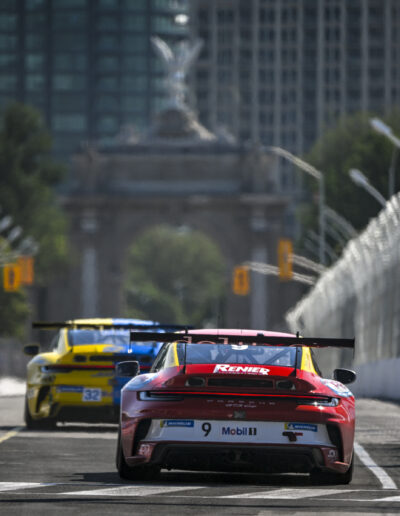 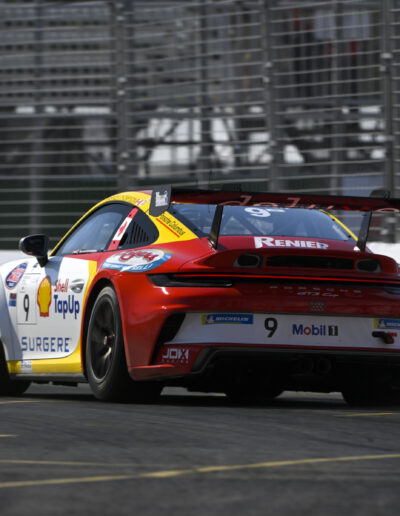 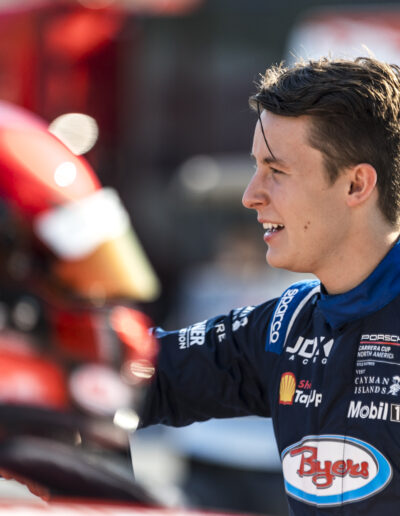 Parker Thompson and Porsche Racing Return to the Streets of Toronto

Parker Thompson and Porsche Racing Return to the Streets of Toronto

The Honda Toronto Indy has been a critical component of Parker Thompson’s race schedule since 2015. The daunting 2.8-km street circuit has provided a rare opportunity for the Alberta native to race in front of Canadian fans and has hosted some of his most exciting performances. Following cancellations of the event in 2020 and 2021, the Honda Toronto Indy is back in 2022. A full schedule of racing events is planned for July 15-17. Thompson returns as well, joining Rounds 9 and 10 of Carrera Cup North America presented by Cayman Islands as the premier one-make series joins the festivities.

Piloting the #9 Pro-class entry of JDX Racing / Shell Tap-Up / Surgere / Byers Porsche / Renier Construction / Jersey Mike’s Subs / SSi Artificial Lift, Thompson has proven to be a top contender for the 2022 Championship. With the season eclipsing its halfway mark leading into Toronto, Thompson and team JDX Racing sit second in the standings. With wins in two races at WeatherTech Raceway Laguna Seca, six podium finishes, and no finishes outside of the top five, the duo has arguably been the series’ most consistent performers. In the second half of the season however, they will need to find a new level of performance to lock in their hopes for the 2022 championship title. If that performance can begin in front of Canadian fans at the Toronto event, that will be extra special for Thompson.

Parker Thompson
“This Toronto Indy weekend always gets a circle and a star on my calendar. I’ve had some incredible weekends here throughout my career – conquering an international field in my homeland in back-to-back years on the Road to Indy, then taking three podiums in two different series in 2019. I missed the event horribly in 2020 and 2021. Now we’re back! I’m excited to see the mark this incredible Canadian event will have on the Carrera Cup North America championship. It’s a great weekend to let the maple leaf fly!”

Flag-to-flag coverage of the race is available on https://porschecarreracup.us. Follow Parker throughout the weekend at https://parkerthompsonracing.com/live