This weekend, Parker Thompson earned wins in two out of two races as Carrera Cup North America presented by Cayman Islands visited WeatherTech Raceway Laguna Seca. Driving the No.9 JDX Racing machine of Shell Tap-Up, Surgere, Byers Porsche, Renier Construction, Jersey Mike’s, and SSi Artificial Lift, Thompson leveraged strong performances on the opening laps to earn the lead. He fended off all challengers on each day, taking the checkered flag and valuable points. Sweeping both races, Thompson maintains second in the overall standings, tightening his approach on the championship lead.

The white, red, and yellow No.9 JDX Racing Porsche led all but one lap of racing throughout the weekend – an admirable accomplishment after traffic thwarted Thompson’s best opportunities during Qualifying. Furiously navigating other drivers on track, Thompson managed just the third-best lap of the Laguna Seca circuit during the session. While he did not earn the pole position, Thompson emphatically dominated the most critical sections of the eleven-turn road course all weekend.

In turn two on the opening lap of Race 1, Thompson boldly chose the outside line, taking the second position and immediately mounting a challenge on pole-sitter and leader Trenton Estep. Estep and Thompson jostled back and forth through the opening lap before Thompson made a pass that would stick for the entire race. With an excellent run out of the Andretti Hairpin, turn 2, he cleanly took Estep on the inside of the sweeping turn 3.

For Race 2, Thompson lined up on the front row with Kelly Moss Racing driver Riley Dickinson. Thompson began on used tires versus Dickinson, who had reserved a fresh set of rubber for his pole-position start. Again Thompson showed great strength in the early stages, taking the lead through the Andretti Hairpin with a clean move on the outside. Dickinson remained close behind. Throughout 40-minutes, the two drivers were separated by less than a second. Thompson however, seemed to show his best pace in sections of the Laguna Seca circuit most conducive to passing. Dickinson never uncovered an opportunity to make a move, and when lap traffic added a new variable to the battle late in the race, Thompson again showed appropriate poise. He would take the checkered flag without incident.

Two wins for Thompson and JDX Racing make a strong statement in this 2022 Carrera Cup North America Championship. While the result marks the duo’s first weekend sweep, the accomplishment is not unexpected. With three wins in 2021, Thompson is one of three drivers who have earned a first-place finish in the Carrera Cup series since it arrived in North America. Early in the 2022 season, Thompson and JDX cleanly navigated events at Sebring and Long Beach, capturing podiums in three out of four races. Now, two wins at the famed WeatherTech Raceway Laguna Seca have firmly placed them in contention for the overall championship. Action resumes June 24th from Watkins Glen International.

Parker Thompson
“Without question, the first thing I have to do is thank the whole JDX Racing team. Their continued belief in me and their work effort to support our campaign is second to none. It always seems that when we need to dig deeper as a team and find a way to improve, that is precisely what we do. Sweeping the weekend at one of the most iconic tracks in North America is a testament to the strength of this team. Thanks to my engineer Luke, and my crew Larry and Darryl, The No.9 Shell Tap-Up machine was absolutely on rails. They didn’t put a wrench wrong, and I didn’t put a foot wrong. Our end goal is still on the horizon, and we will need more weekends like this to make that goal a reality! I can’t forget our fantastic partners in Byers Porsche, Surgere, Jersey Mike’s Subs, and SSI Artificial Lifts – Without them, we can not make this magic happen. Next stop, New York!” 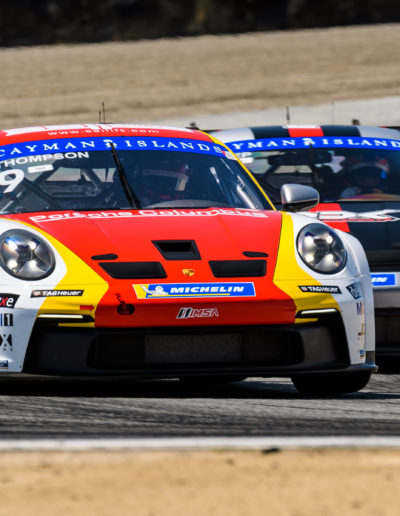 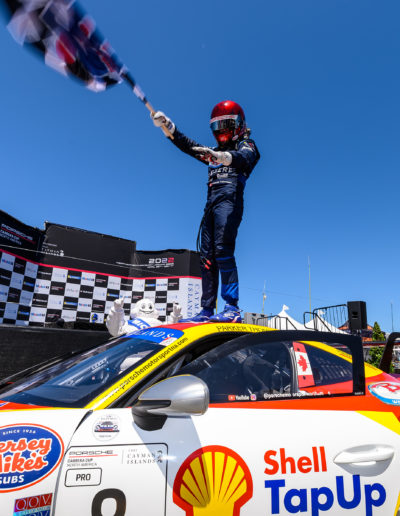 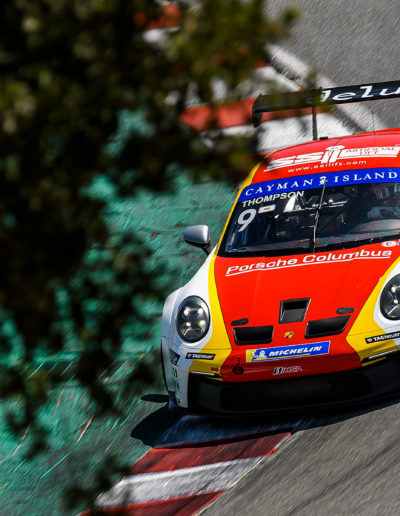 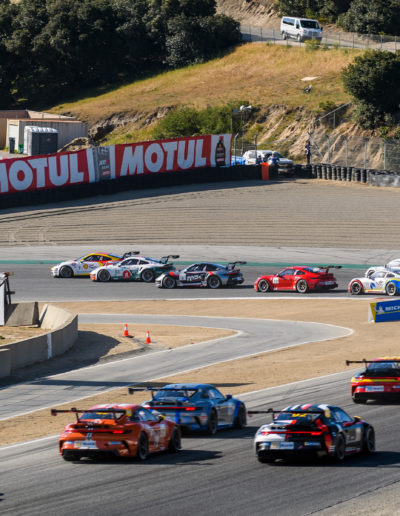 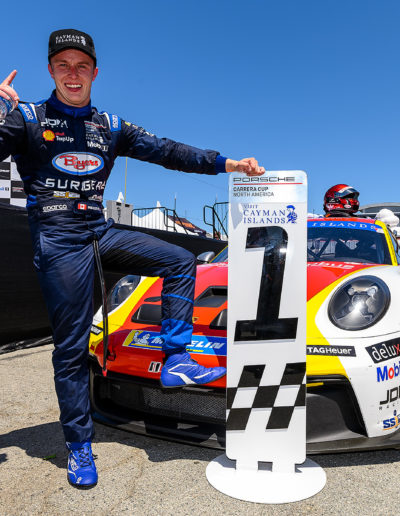 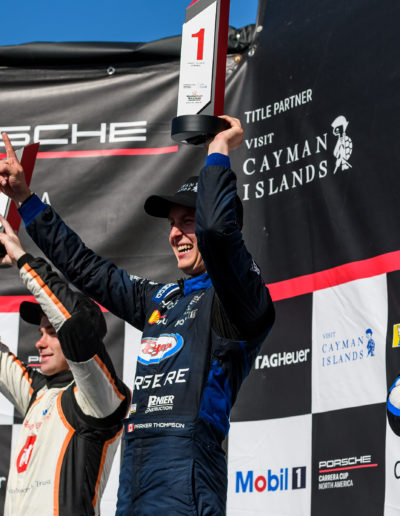 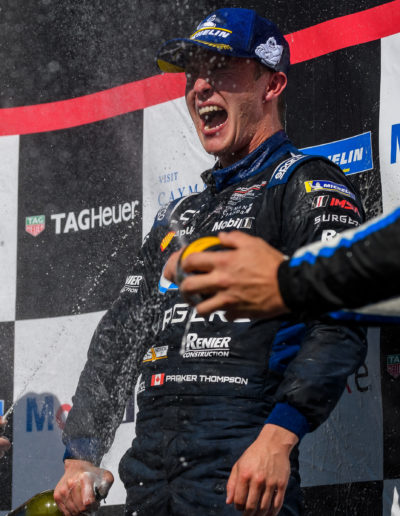 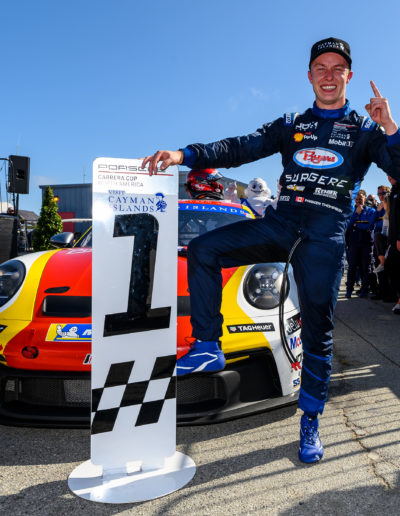 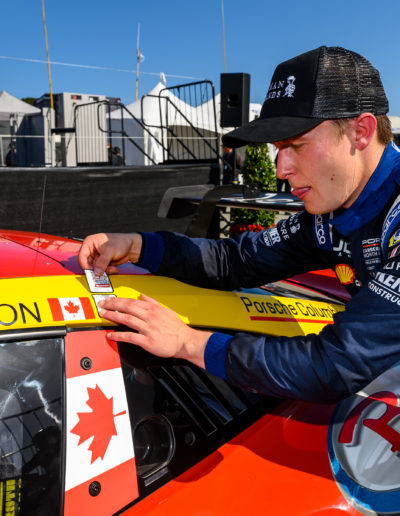 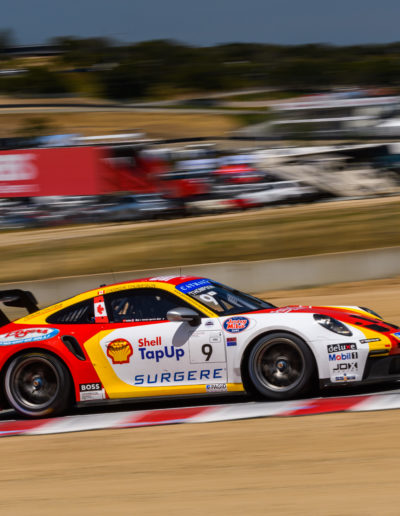 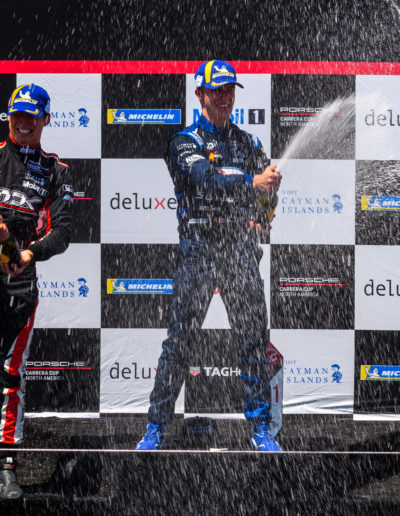 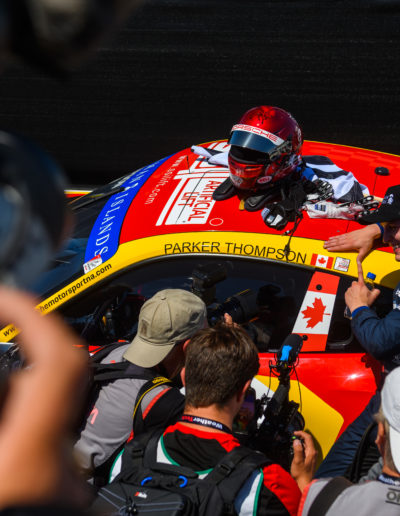