With over four decades of rich history, the Grand Prix of Long Beach has earned a reputation for providing exciting racing regardless of series. Making their first-ever visit to the event, thirty-four spec Porsche race cars of the Carrera Cup North America presented by Cayman Islands displayed the compelling but unforgiving character of the two-mile street course. Also participating in his first race at the circuit, Canadian driver Parker Thompson entered the weekend looking to make an impression on the 2022 CCNA championship. Driving the No.9 machine of JDX Racing/Shell Tap-up/Surgere, Thompson took second-place and fourth-place finishes through two tumultuous races – earning enough points to seize second in the championship standings to date.

The Grand Prix of Long Beach event launched on Friday with early challenges for Thompson and JDX Racing. Through opening practice sessions, the duo struggled to match time with other series’ front runners. In Qualifying, they posted just the fifth-best time – over half a second off of pole position. Starting Race 1 from the third row on the tightly walled circuit presented a substantial hurdle to Thompson’s hopes for the weekend.

However, in the close traffic of that race start, Thompson demonstrated the racecraft that has made him a strong contender race after race. With excellent car positioning, he captured two places as other competitors jostled through the opening corners of the race. After an incident deep in the field and a short caution, Thompson found himself under attack from MDK Motorsports driver Trenton Estep on the race restart. For eight laps, Estep and Thompson had perhaps the most exciting battle of the contest. The two changed places multiple times before an error from Estep saw him leave the racecourse in Turn 1.

With the third-place position then solidified, Thompson was presented with a surprising opportunity. Race leaders Van Berlo and Dickinson simultaneously spun at the circuit hairpin when they encountered fluid on track at the scene of an incident. While Van Berlo recovered quickly, Dickinson did not and was forced to surrender his second-place position. Green flag action did not resume before the race timer expired.

In Race 2, Thompson once again capitalized on early jostling amongst the leaders, improving his fifth-place starting position by one in the opening corner. Mid-race, Thompson pressured the cars ahead with a strong pace, but multiple incidents of full-course-yellow stymied any opportunity to mount a successful charge. With 13 of 23 race laps run under caution, a compelling opportunity came for Thompson when the green flag flew for just a single lap at the race end. Thompson pressured fellow Road to Indy veteran TJ Fischer for the final podium position but unfortunately did not find sufficient opportunity to overtake him in just a single lap.

Carefully navigating through perilous racing action on the Long Beach Street Circuit and earning two strong finishes on the weekend, Thompson demonstrated his skillset on track and a big-picture approach to the season championship. With four races out of sixteen now completed, he has created a small cushion in the points standings – holding second with a gap greater than twenty points. That cushion might give Thompson the wherewithal to mount a charge on championship leader Kay Van Berlo. The two have an intense rivalry dating back to 2021 but have yet to find an opportunity to battle each other directly in this new season.

Parker Thompson
“It was an extremely hard-fought weekend of racing for us here at Long Beach. To come away with two solid finishes and move upwards in the championship standings is a massive positive for me and the team at JDX Racing. After our performance at the first event in Sebring, we had some good notes to help us going forward. Again, here in Long Beach, we are coming out of the event stronger. Next up, we visit WeatherTech Raceway Laguna Seca. That’s all we’re thinking about now. Special thanks go to Shell Tap-Up, Surgere IoT, Byers Porsche, Renier Construction, Jersey Mike’s, and SSi Artificial Lift. Each of our partners shares our same goal for this year. I’m so honored to be a part of their efforts in this Carrera Cup North America Championship.” 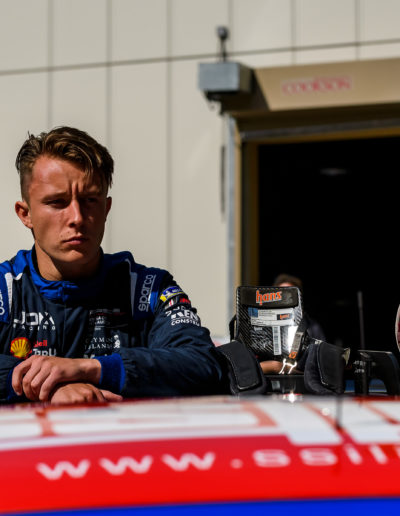 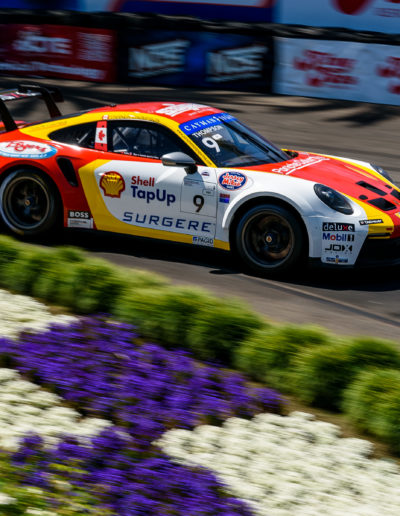 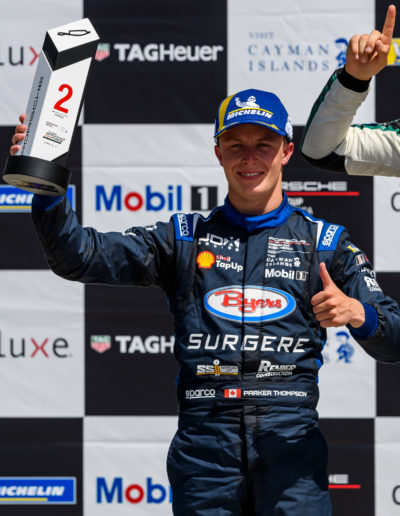 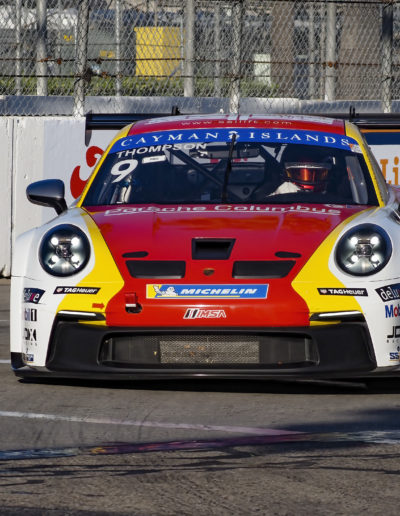 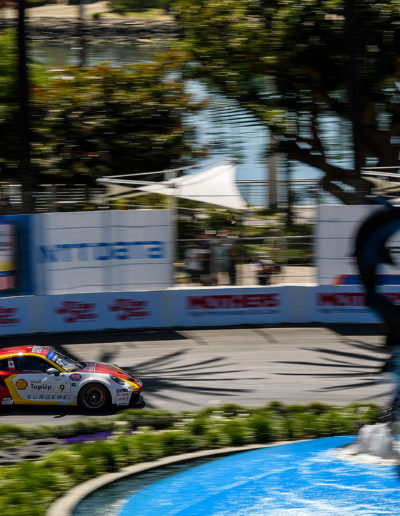 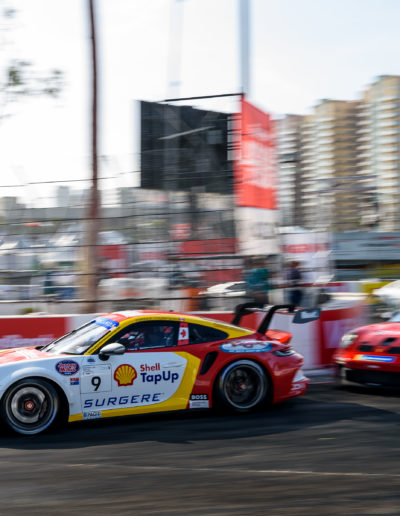 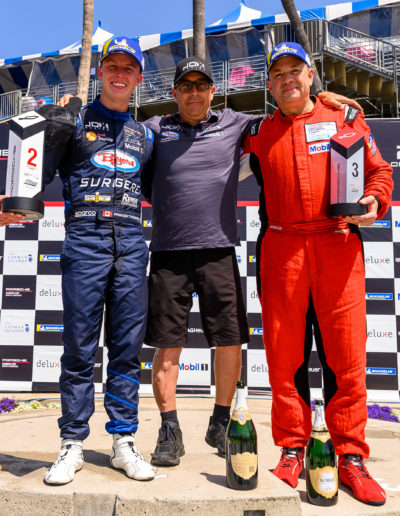 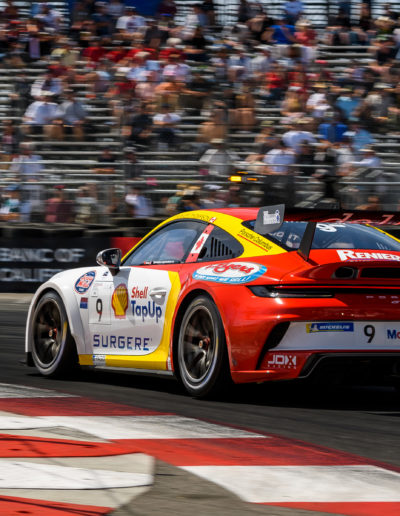 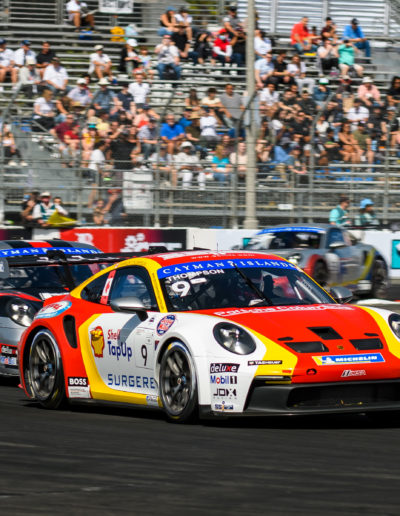 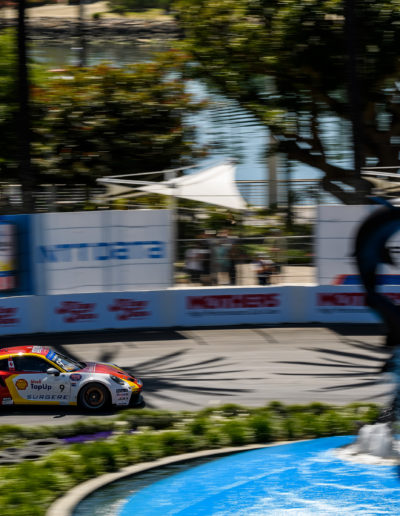 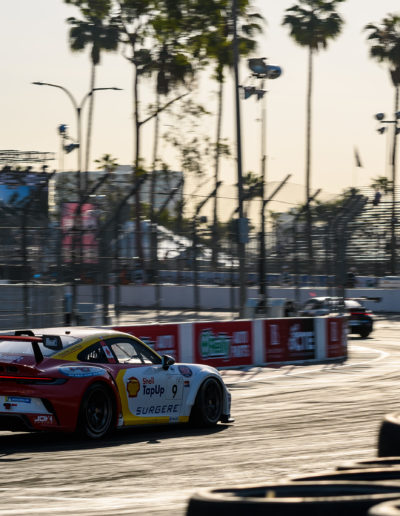