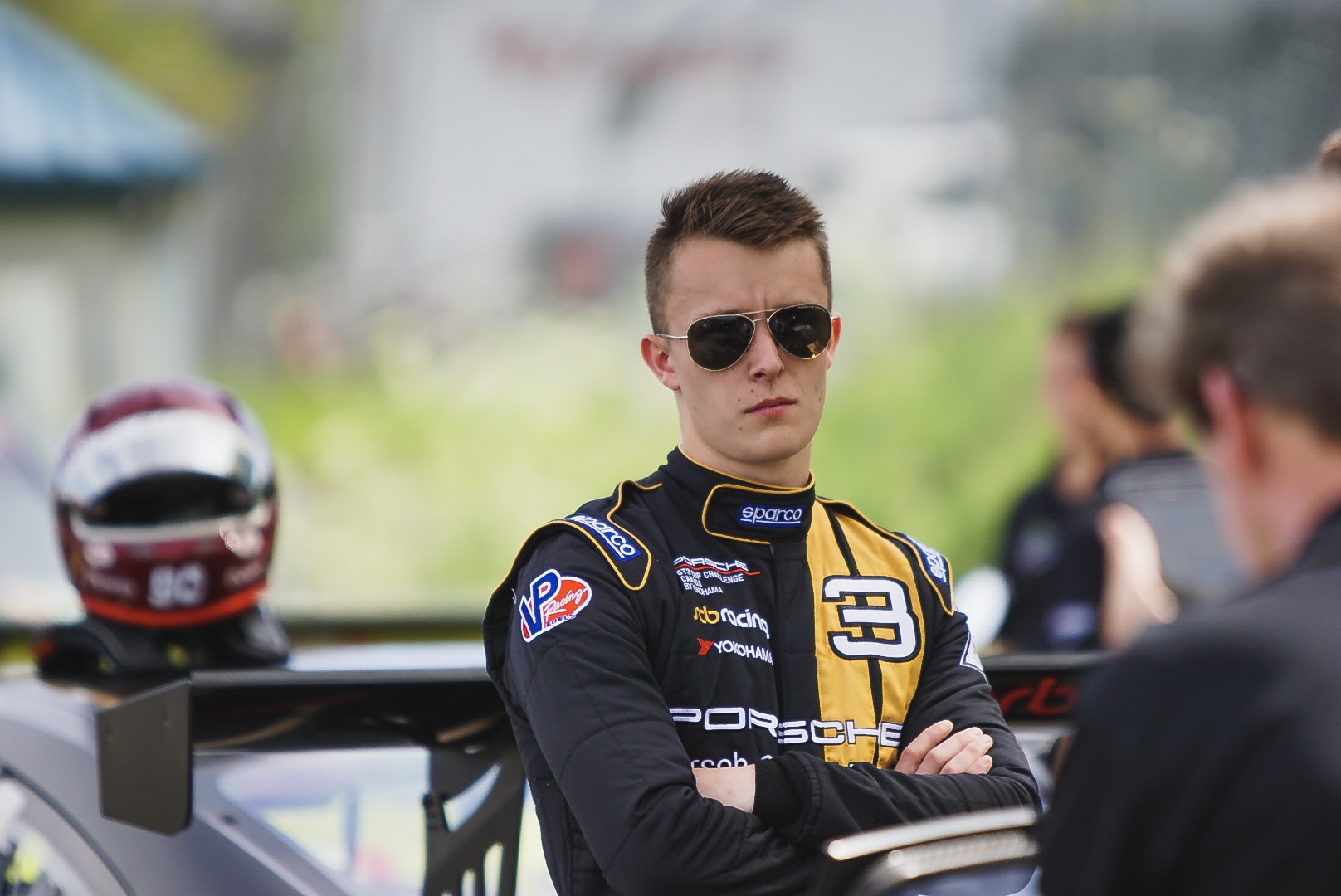 Contenders of the Porsche GT3 Cup Challenge across the continent gathered in Montreal this weekend as both the Canada and USA branches of the one make series participated in the Canadian Formula 1 Grand Prix event. Thirty-five cars packed the famed 4.3km Gilles Villeneuve Circuit for two races. Parker Thompson ran near the front of the field all weekend, and lead much of Race 2. The final results put him on the podium for Race 1. A twenty-nine second penalty for contacting another car during race 2 negated his third place finish and dropped him to 12th after the race conclusion.

Driving the #3 entry of SCB Racing and Porsche Center Victoria, Thompson was able to simultaneously score points in the GT3 Cup Canada series and the GT3 Cup USA series where he regularly competes with JDX Racing. With the weekend’s result he holds second place in the overall championship standings in both countries.

The top two spots in both Canada and the USA, show Thompson trailing series veteran Roman DeAngelis, winner of both of the weekend’s races. As a newcomer not only to Porsche GT3 Cup, but sports car racing as a whole, Thompson has surprised people on and off the track with his ability to adapt to the series. Qualifying results on Saturday placed him in the second position for the start of both races. When the green flag dropped, he further demonstrated the pace we have seen from him all season.

In Race 1 Saturday afternoon, Thompson held second from the race start to the fall of the checkered flag. With more than half of the race being driven under a full course caution, he never found a real opportunity to challenge the leader.

Race 2 on Sunday showed more drama. Thompson took the lead on the opening lap, and found himself engaged in a tight battle with DeAngelis. Thompson would hold his lead for 5 laps, before a mistake in the critical hairpin corner cost him two positions. In the remaining laps, Thompson was tightly engaged with American racer Riley Dickenson. The two traded places multiple times before the race was red-flagged after multiple collisions among the field back markers. Thompson was in the third position at the race end, but a virtual drive through penalty equivalent to 29 seconds was later assessed for making contact with Dickenson’s car. The final Race 2 results scored him 12th overall – 7th in the Canadian group, and 6th among competitors of the USA series.

“I’m happy with our overall pace on the track this weekend, but disappointed to be leaving points on the table. Ultimately, I made a couple of mistakes that put me in a position where we were more vulnerable to our competitors. With 35 cars in the field, all of the same spec, there is certainly going to be some tight racing. There is not much room for error.  I’m so thankful for the support of SCB Racing who came together with our partners in America, JDX Racing, to make this result possible. We are having a lot of fun. This #3 SCB Racing / Porsche Center Victoria car looks fantastic with its classic livery. We’ve enjoyed playing that up. Racing is it’s best when it can put on a good show. We certainly did that this weekend!”

Thompson’s busy race season continues in two weeks’ time when he returns to Indy Pro 2000 at Road America circuit in Wisconsin. After starting this 2019 Road to Indy Championship series with a bang, dominating the opening two races, Thompson has since struggled to find a winning pace. That has been only a minor detraction from a year of racing that has otherwise been filled with great achievements. Between Porsche GT3 Cup Canada and USA, Indy Pro 2000, and the Canadian Touring Car Championship, the young Alberta native has already raced 17 times this season. In those races he has seven wins and thirteen podiums. 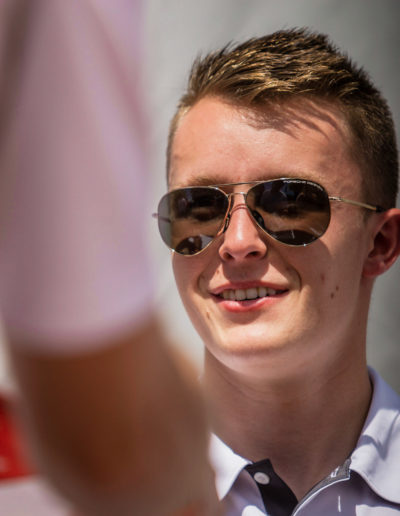 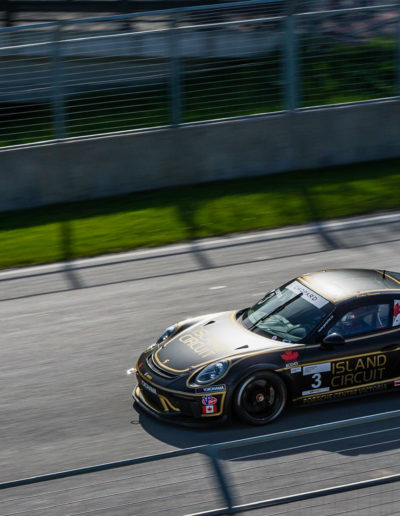 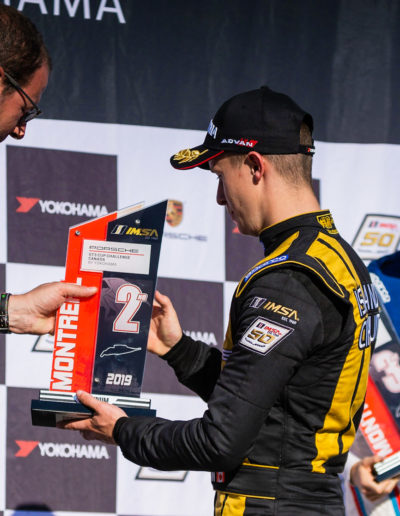 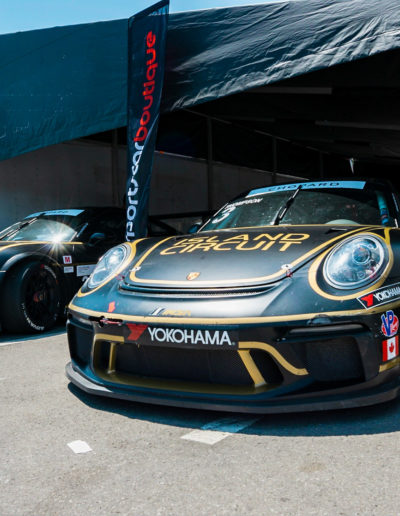