Born in Red Deer, Alberta, Parker Thompson found his love for all things loud and fast at a young age. From motocross to riverboat racing, motorsports were a regular part of family life. Parker’s own racing career, however, has its beginning at the Calgary Kart Racing Club where he started competition at age eight.

Father and son weekends at the track quickly evolved into one of the most successful kart racing careers in Canadian history. By age thirteen, Parker was ranked 3rd in the world, joining the Energy Corse Racing Team in Italy to challenge the World Series of Karting. Since returning to North America, Thompson has been engaged in both open-wheel and sports car racing series, where he has repeatedly demonstrated an ability to win. 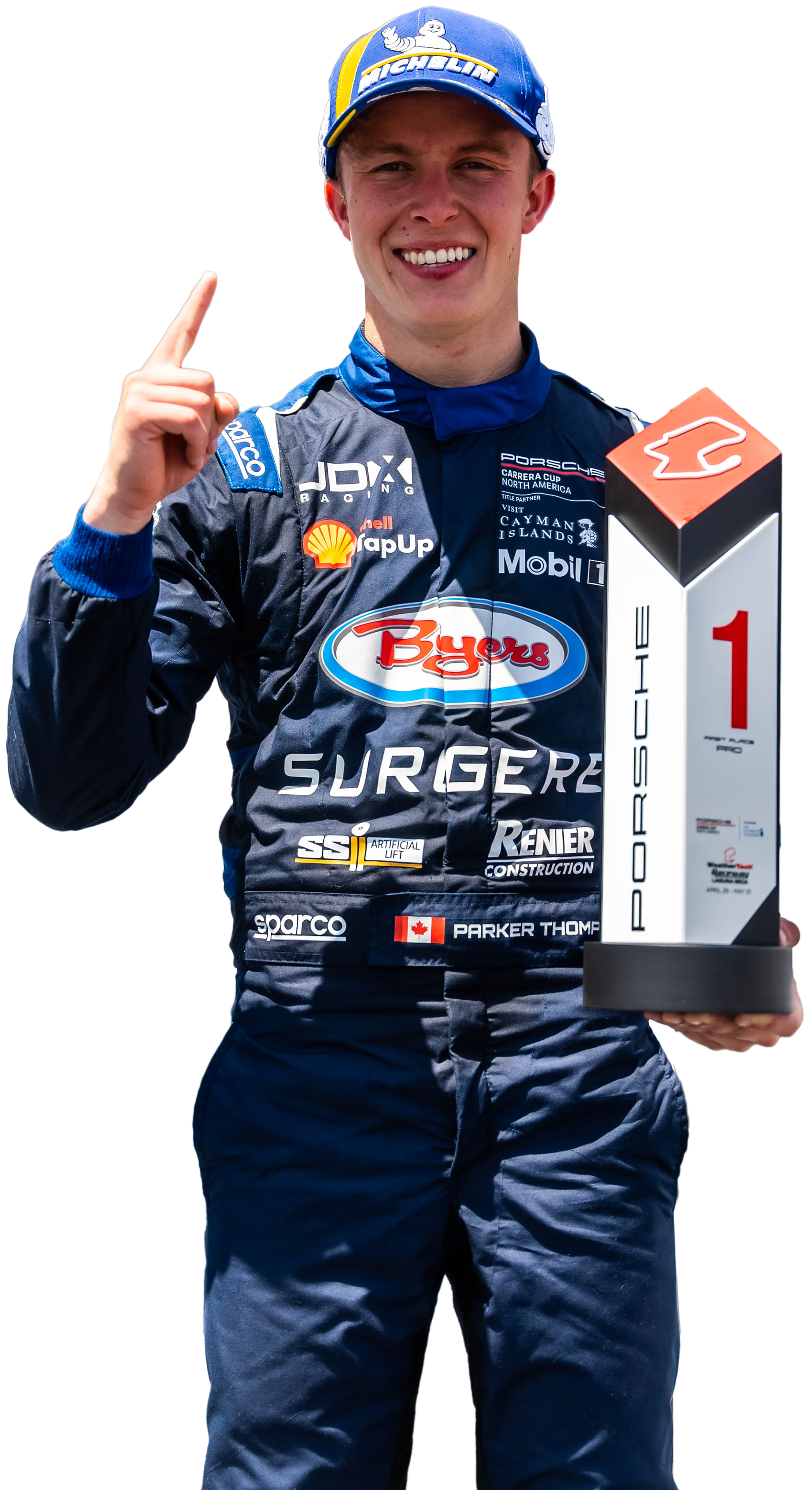 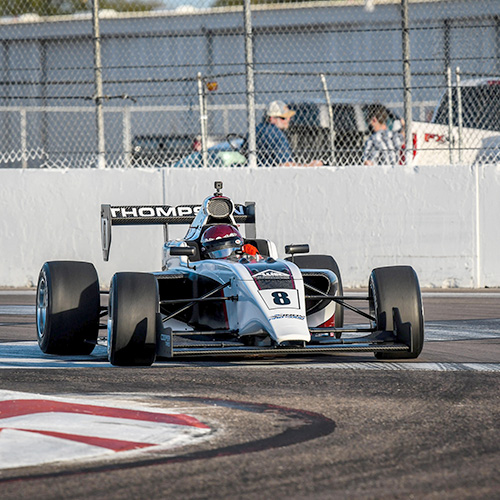 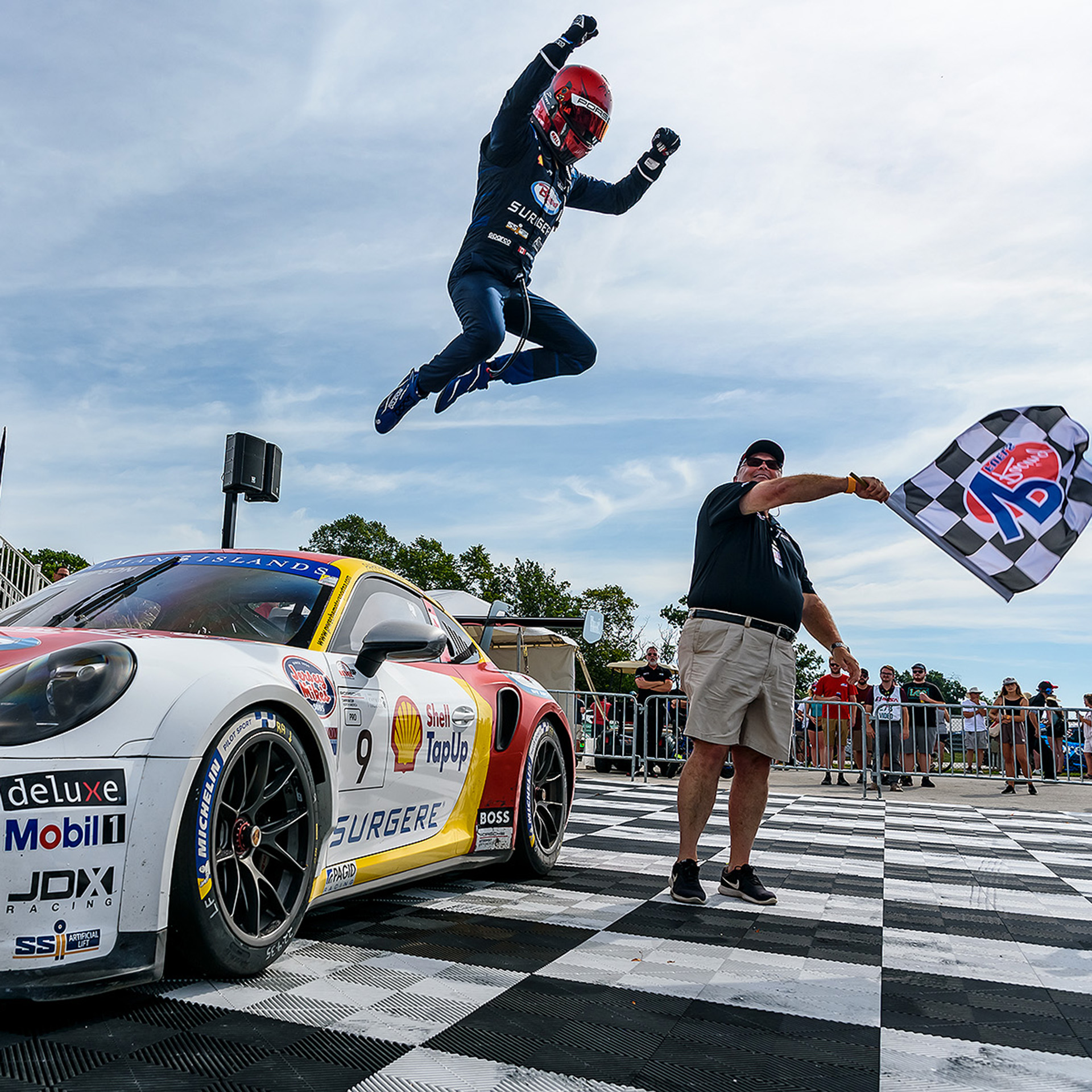 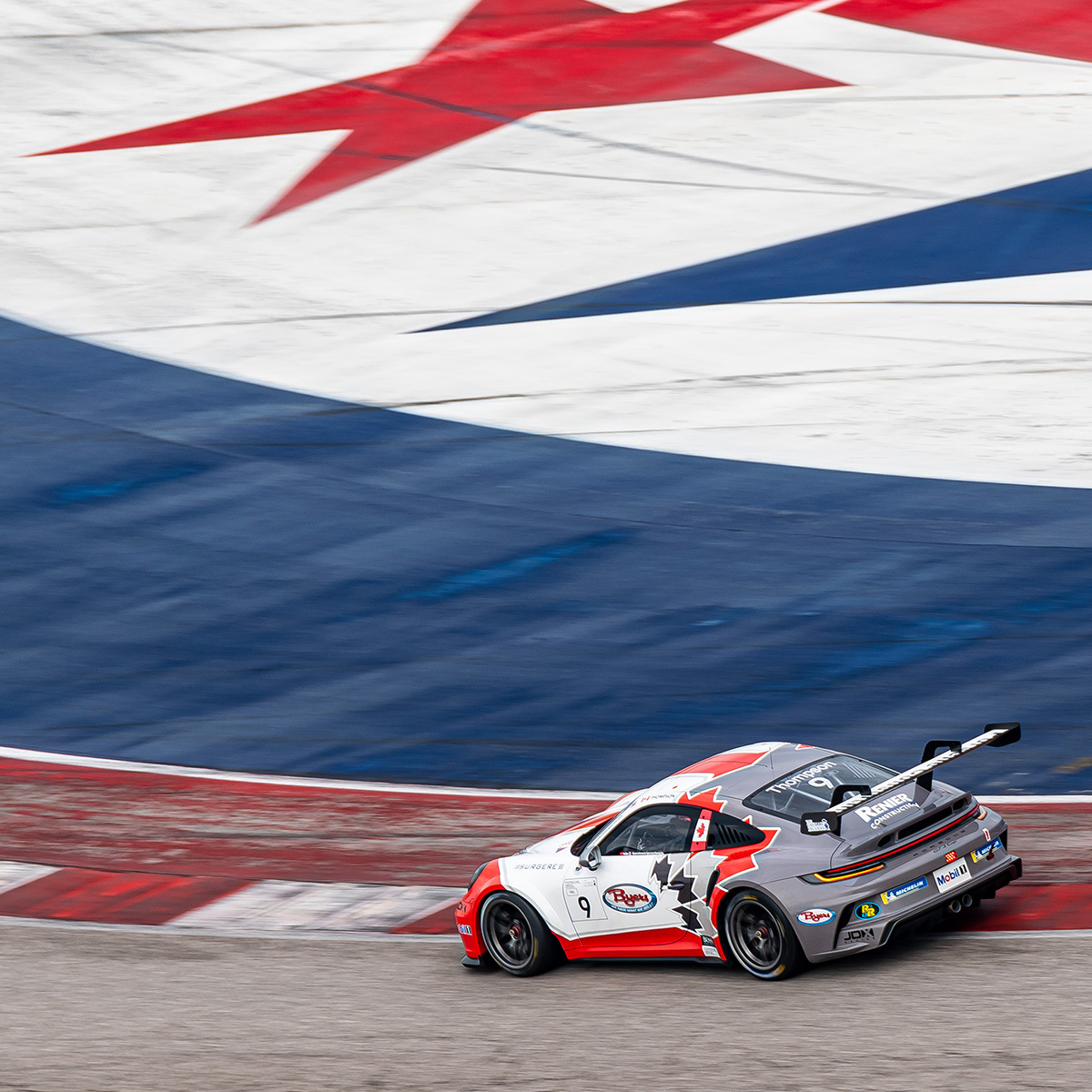 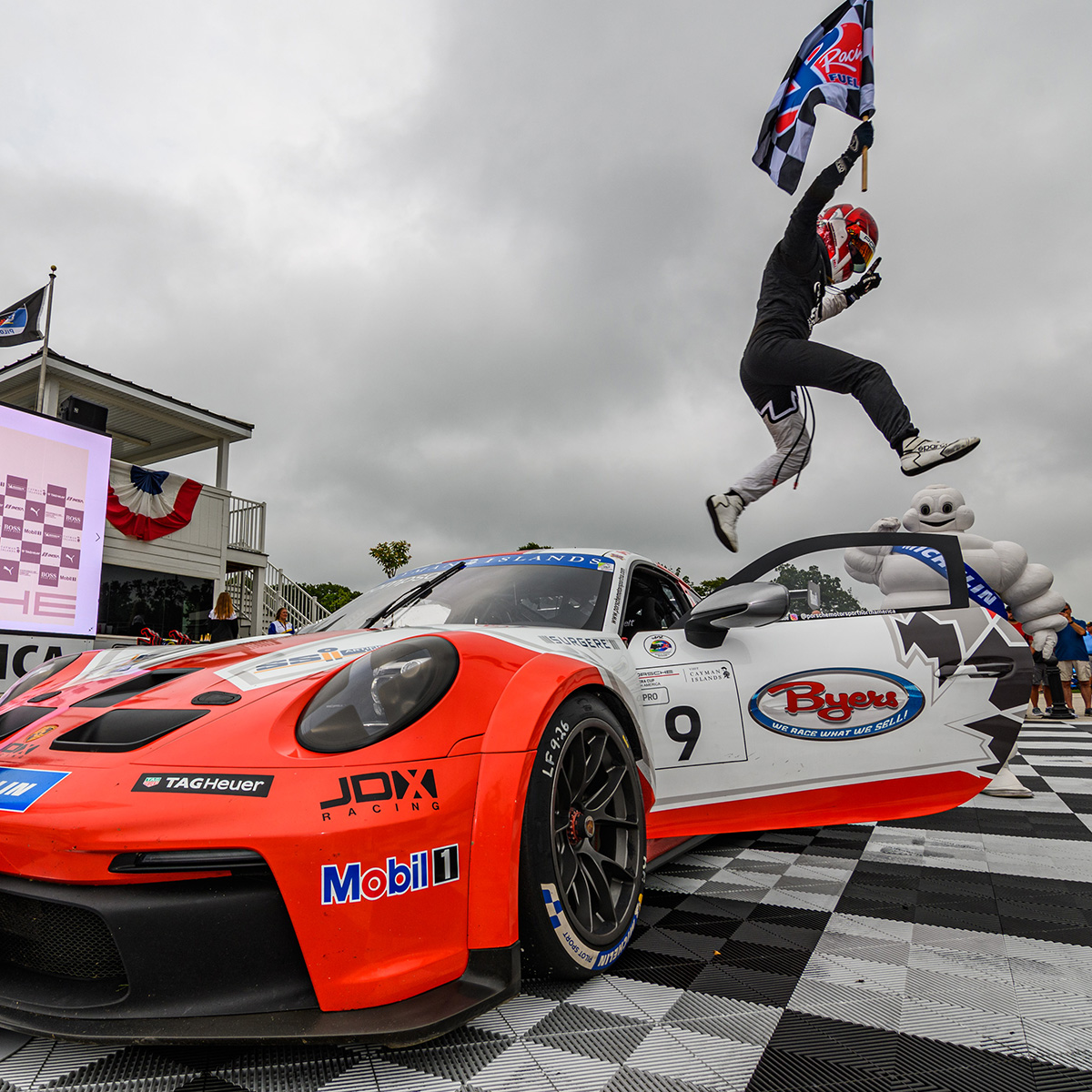 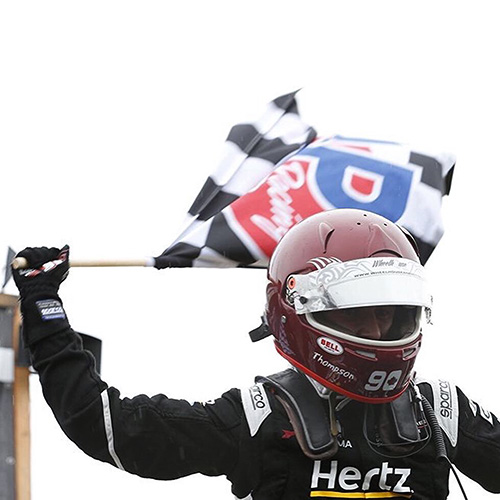 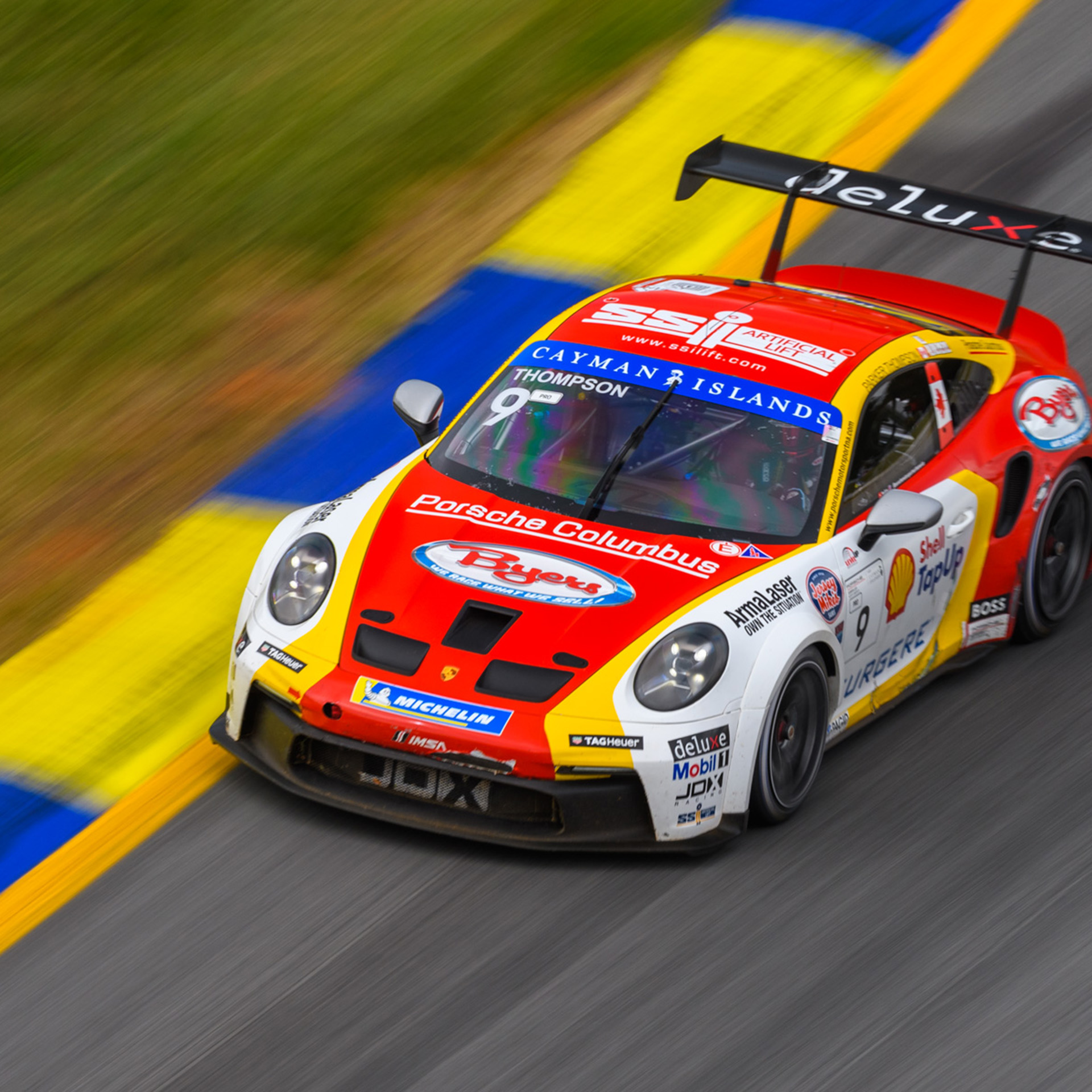 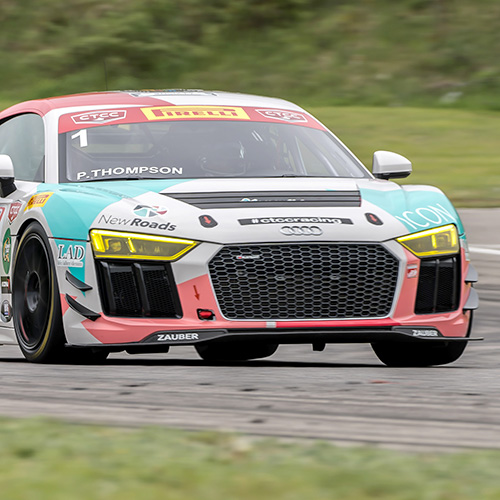 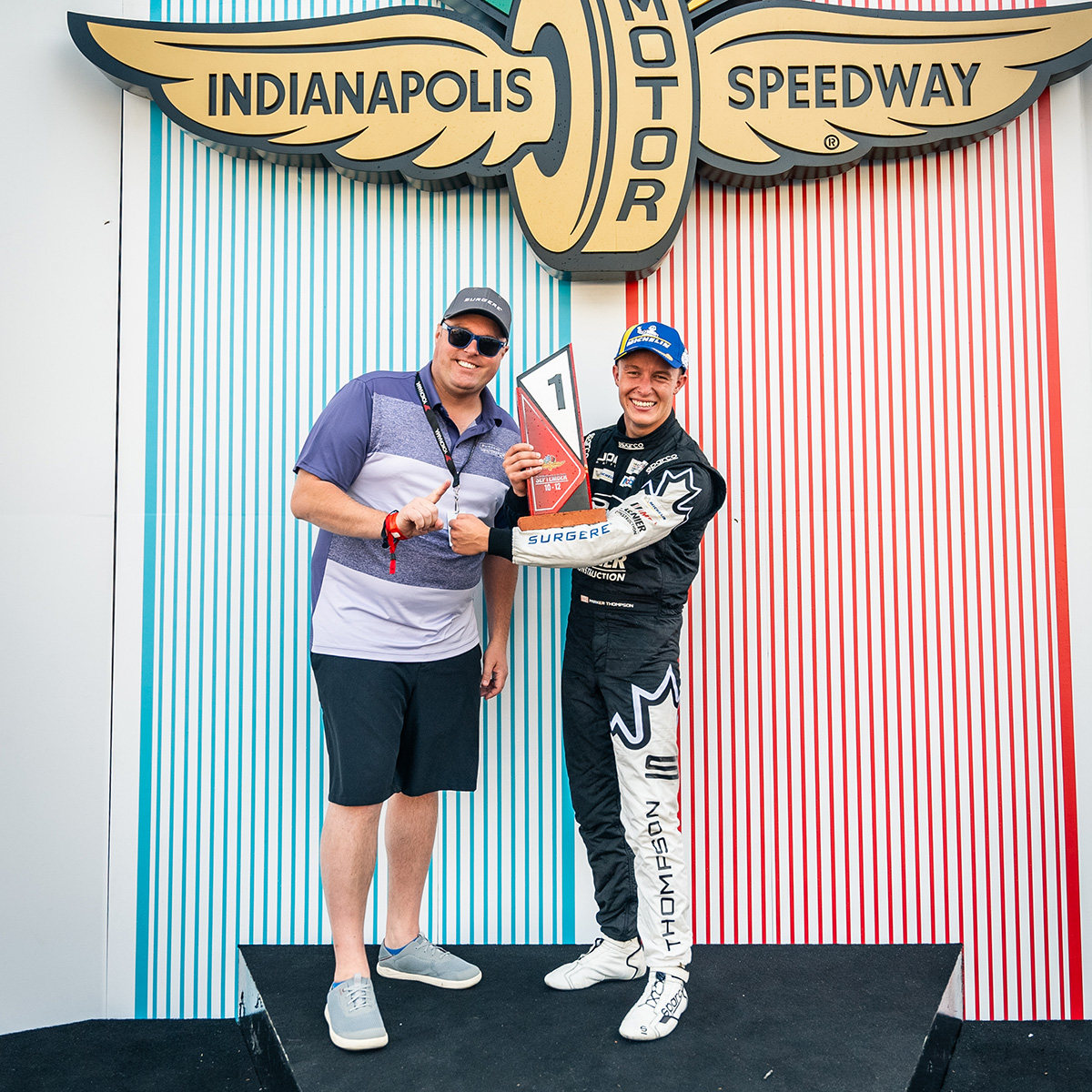 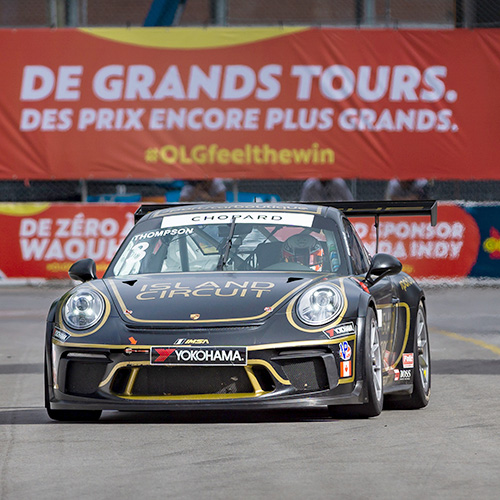 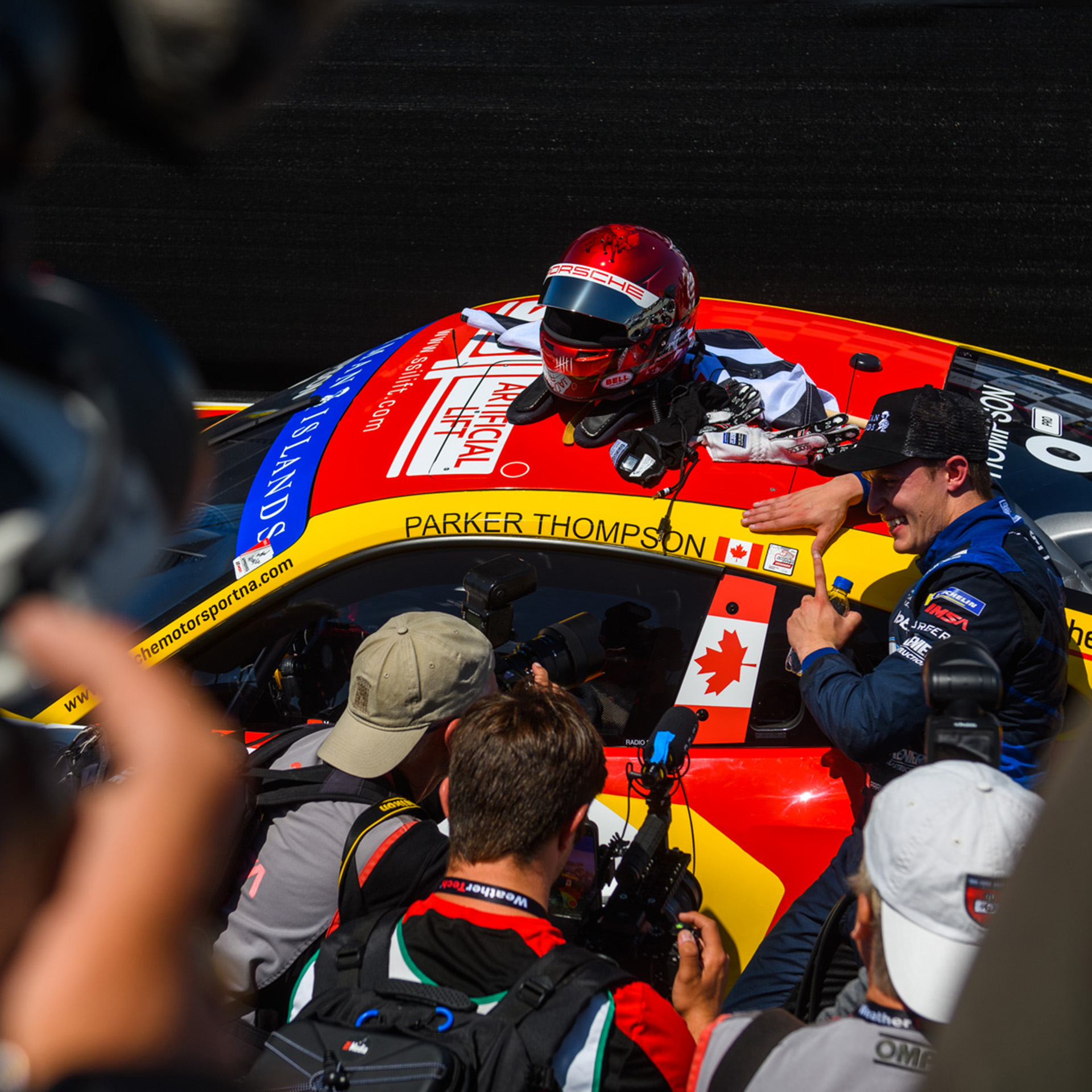 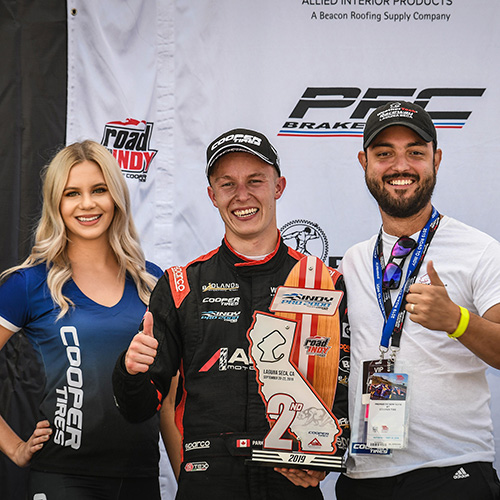 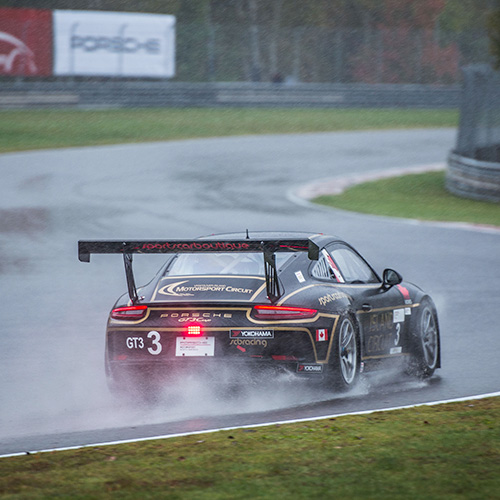 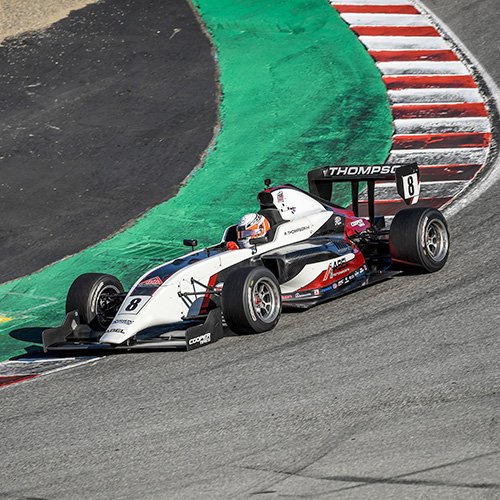 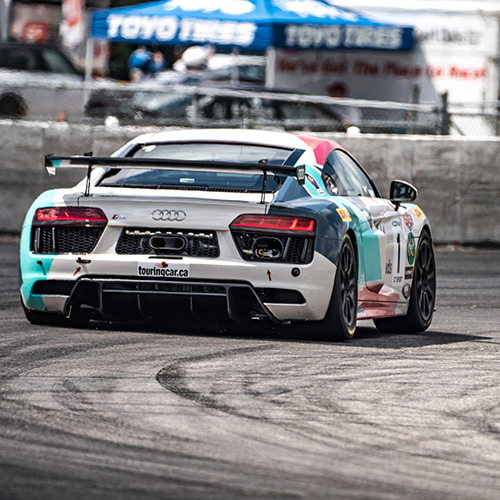 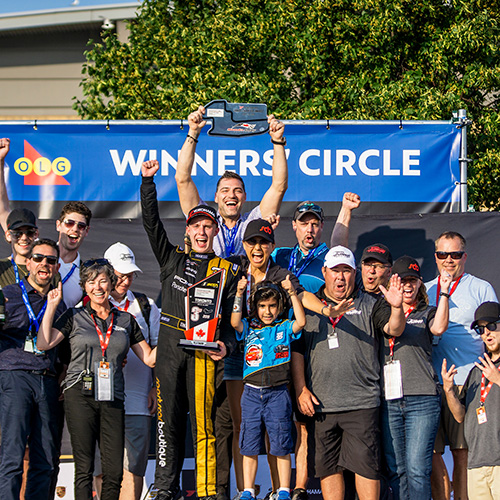 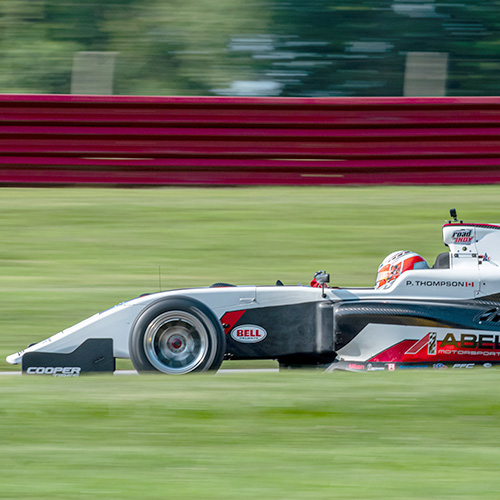 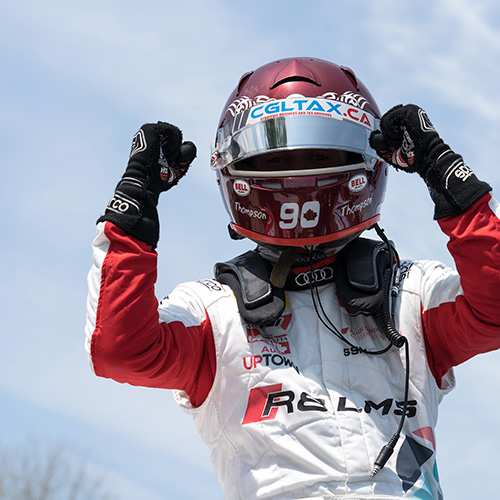 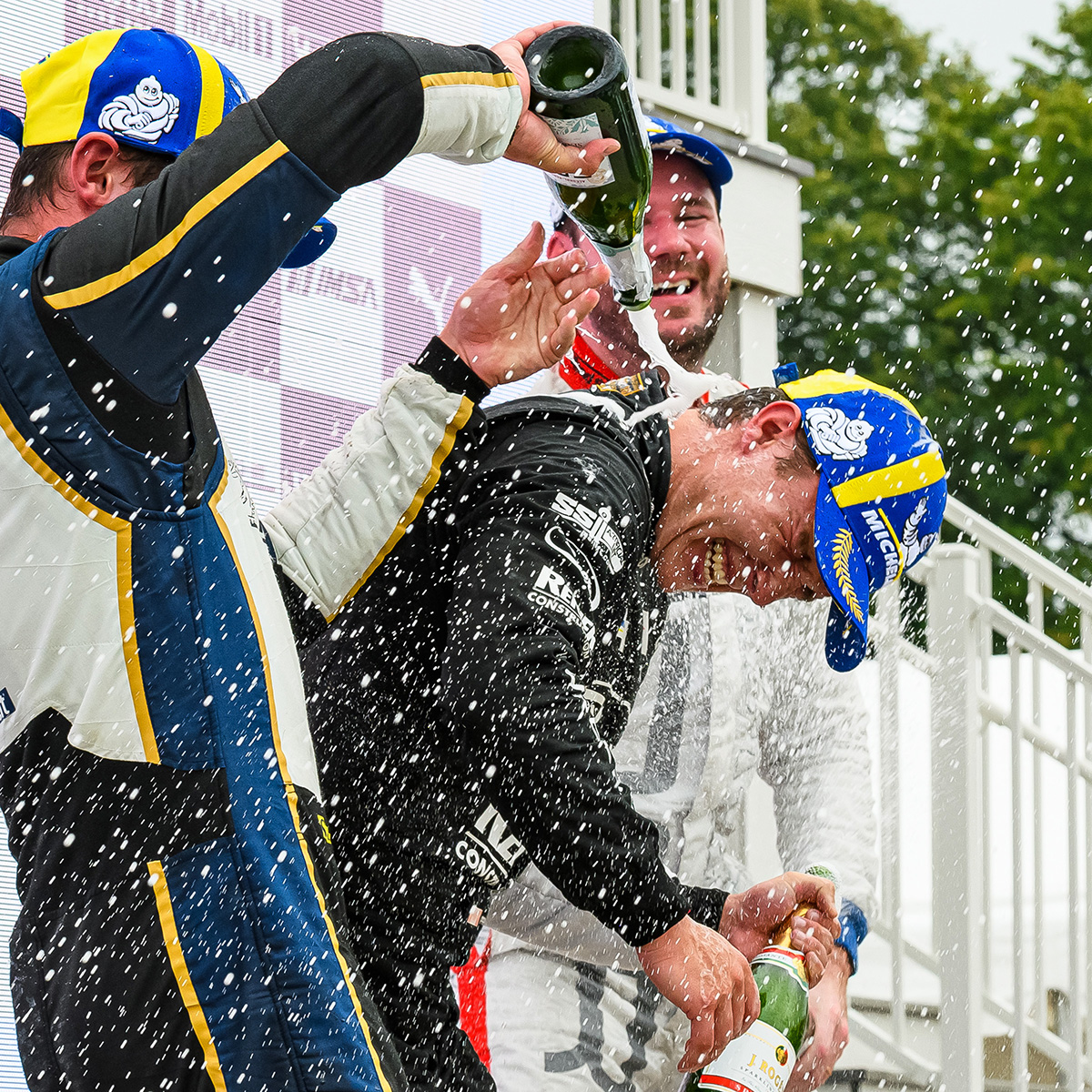 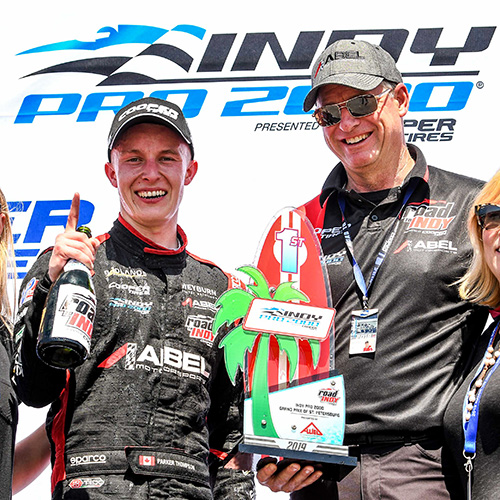 In 2020 Parker took on the Indy Pro 2000 Championship presented by Cooper Tires, driving the #9 entry of DEForce Racing.

Thompson also joined Forty7 Motorsports for a single round of the IMSA Prototype Challenge.

In 2019 Parker joined Abel Motorsports team as they entered the Road to Indy and the Indy Pro 2000 Championship for the first time. He would finish 3rd place in the overall championship, winning two races, and placing on the podium in 8 of 16 races.

For his debut in sports car racing, Parker teamed up with Colorado’s JDX Racing to drive the #3 JDX Racing / Hertz / Byers Porsche.

Parker joined the Porsche GT3 Cup Challenge on the north side of the border with Toronto based SportsCarBoutique / SCB Racing.

Driving the #1 Audi R8 LMS GT4 of the adventurous Speedstar Motorsport, Parker dominated the CTCC Championship in 2019. The duo took the overall win in 7 out of 8 races entered and secured the GTS Class title.

2018 marked the first year in Pro Mazda for both Parker Thompson and team Exclusive Autosport. Winning three out of the first seven races, Thompson took an early lead in the series championship. Late season struggles and mechanical issues caused Thompson to surrender the lead spot with only one race remaining. The final ranking was second place in the overall championship.

In his third and final season in the USF2000 series on the Road to Indy, Parker showed great results, winning a total of three races and placing on the podius six times.

Having moved straight from karts to the USF2000 series, 2017 was Parker’s first race attempt in an F1600 car. His results were simply outstanding. With seven wins, he set a record for the most wins ever in an F1600 Championship. That translated to a 64% winning percentage. He stood on the podium for all except one race, and in doing so emphatically announced himself as one of Canada’s top racing drivers.

Parker’s sophmore year of open-wheel auto racing earned him a Vice Championship in the USF2000 series on the Road to Indy. Racing for Cape Motorsports, he earned four wins and twelve podiums in sixteen races.

Parker’s first endeavour in racing outside of karts was on the Road to Indy for the USF2000 Championship. In this highly competitive series, results showed steady improvement. At seasons end, Parker sat in fifth place in championship points. 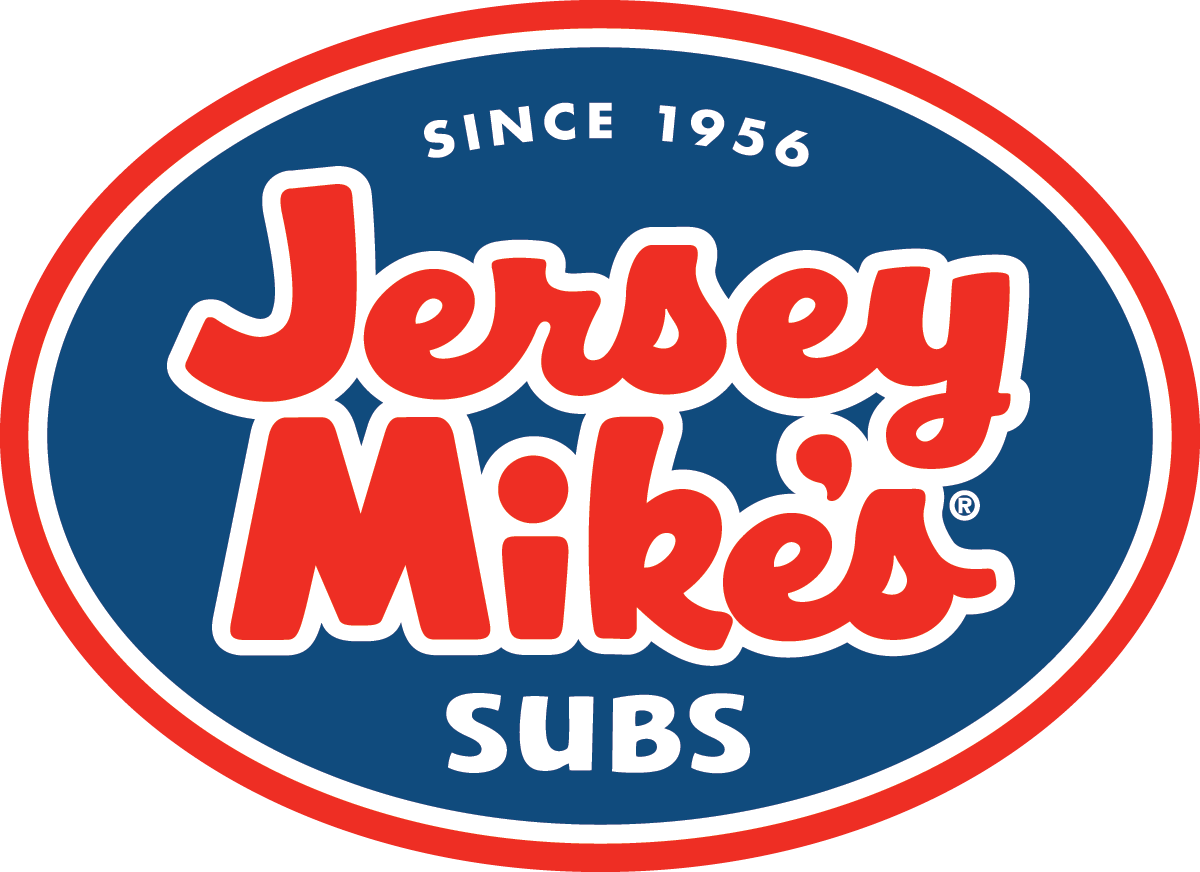