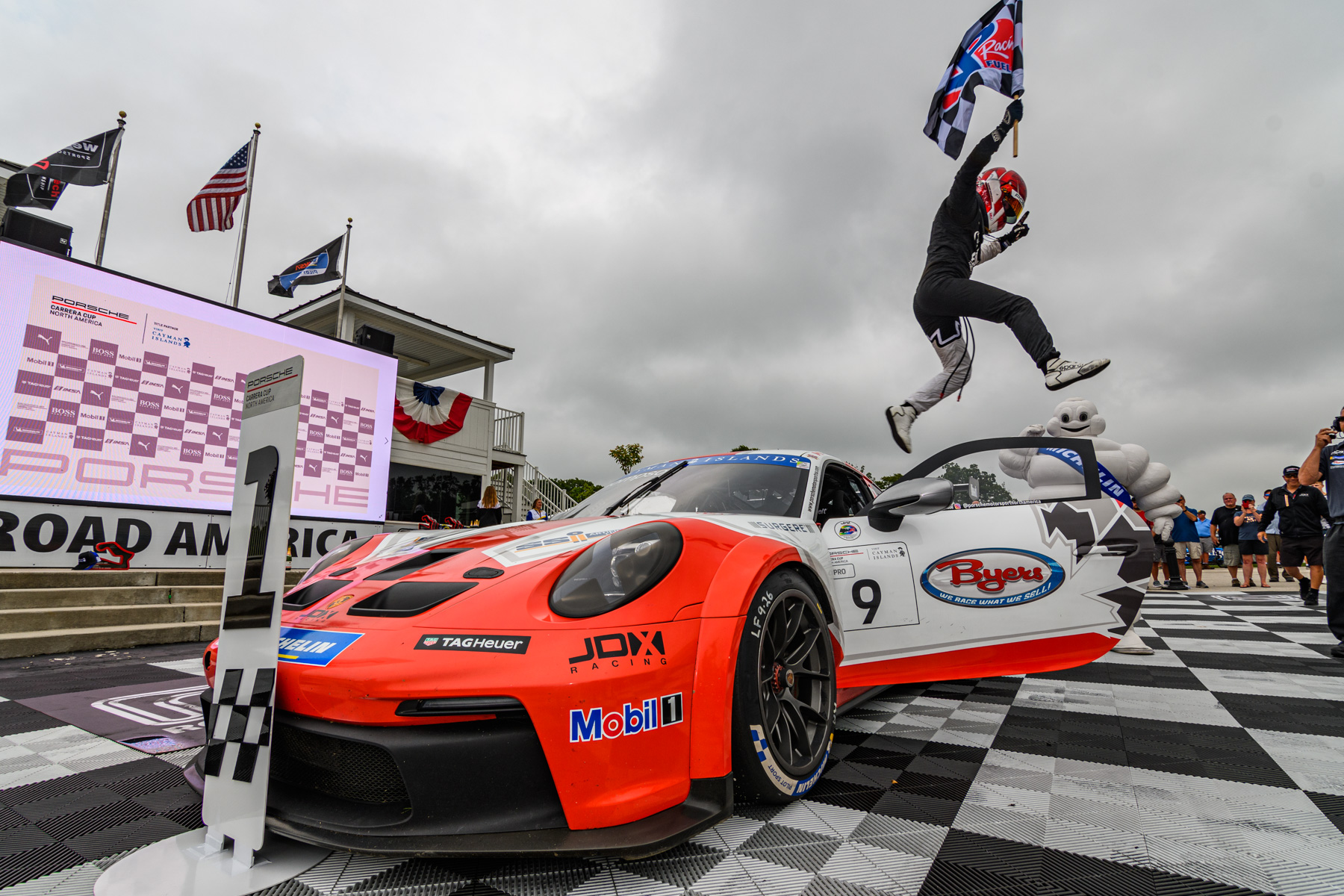 The 2021 Carrera Cup North America Presented by the Cayman Islands reached the halfway point of its inaugural season as thirty spec Porsche race cars arrived at Road America this weekend. On the 4.0-mile Wisconsin road course, Parker Thompson had his strongest performance in the series to date. Thompson piloted the #9 JDX Racing Porsche 992 to second-place and first-place finishes in the double-header race weekend. With the performance, he closes in on the overall championship lead.

After heavy rains forced the cancellation of Qualifying on Friday, the weekend’s competition began with Race 1 on Saturday morning, and the field lined up according to championship points standings. From the inside of row 2, Thompson had a strong start, taking 2nd place through turn one of the opening lap and settling in behind championship leader Kay Van Berlo. In pursuit of Van Berlo, Thompson would open a wide margin over the rest of the field. Late in the race, he would mount a charge on the leader as the two clocked the fastest laps of the field. After completing a final lap, final corner, pass for the win against Van Berlo earlier this year at COTA, Thompson once again took race fans to the edge of their seats as he reeled Van Berlo in. He would close to within half a second of the lead but was ultimately unable to get past. Thompson brought the red and white #9 JDX Racing 992 to the checkered flag in second place.

In an action-packed Race 2, Thompson started second. On the opening lap, tight competition at the front of the field took action three-wide in places. All drivers showed tremendous skill as they navigated close quarters and tested the outer boundaries of the track. With an incredibly aggressive move past two competitors on the outside of turn 1, it was Thompson who emerged in the lead after the first lap. He would establish a safe margin to the rest of the field until multiple incidents behind him caused full-course yellows and race restarts. On those restarts, Thompson repeatedly proved that he had not only strong pace, but also the racecraft to hold off charges from the group behind him. He would take the checkered flag and become one of only two drivers to earn multiple wins in the championship to date.

Parker Thompson
“I’m so proud to be part of this team. We’re not the biggest dog in this fight, but we know that with grit and determination, we can have a massive impact on the championship. We had a tough outing last event at Watkins Glen, but everyone kept the faith, buckled down, and found a way to put the #9 on the top step this weekend. JDX Racing, Byers Porsche, Renier Construction, SSi Artificial Lift, Surgere, and Porsche Canada – it has been incredible to see everyone join forces to make our campaign come together. I’m so honored to be the guy who sits in the driver’s seat. Right now, we have one goal: stand on the top of the podium at Indianapolis Motor Speedway next month.”

Now eight races into this inaugural Carrera Cup North America championship, eight races remain on the schedule with stops at Indianapolis Motor Speedway, Virginia International Raceway, and Michelin Raceway Road Atlanta. Action resumes September 10th with a unique triple-header weekend on the IMS Grand Prix course – a course where Thompson has earned multiple wins on the Road to Indy. He enters the event with a solid hold on third-place, knowing that another performance like the one we saw here at Road America, will firmly place him in the hunt for the overall championship. 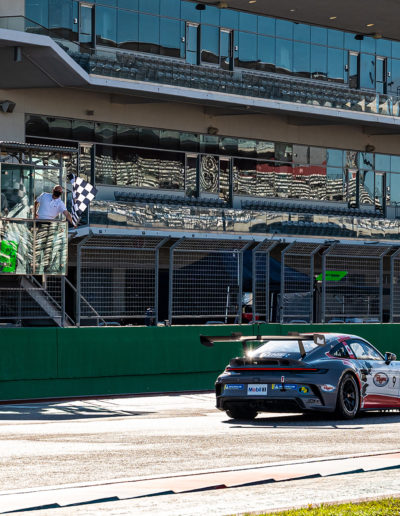 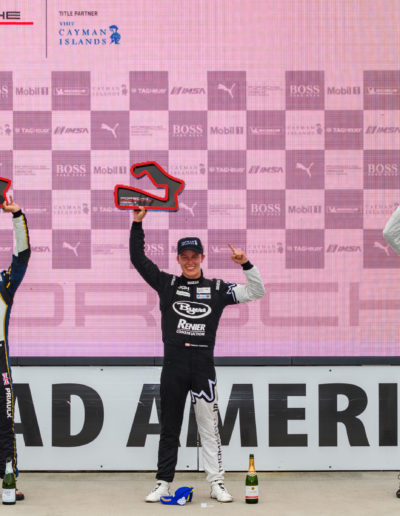 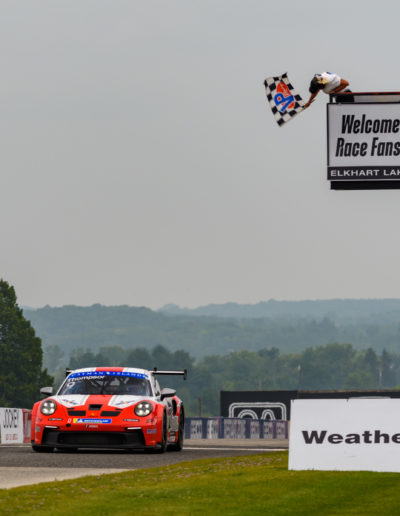 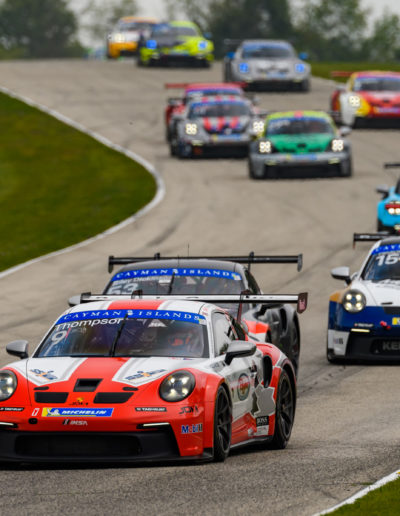 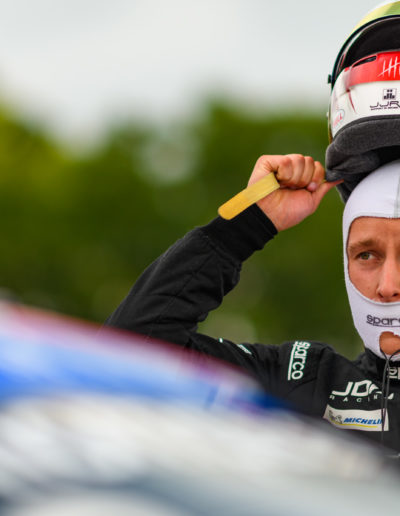 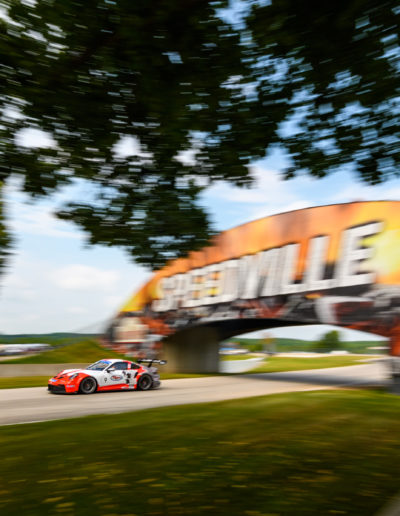 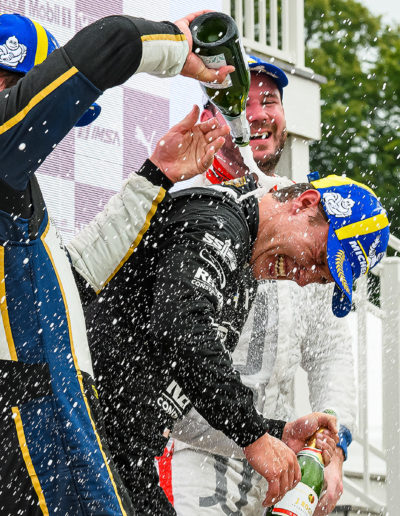 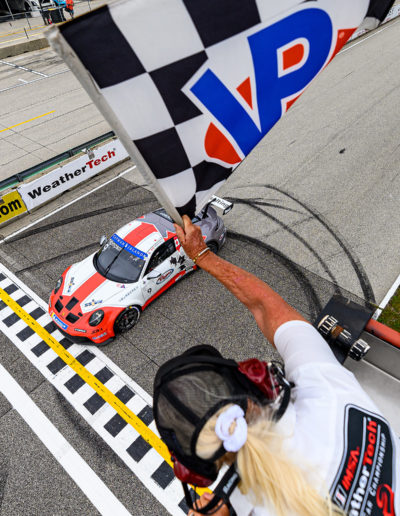 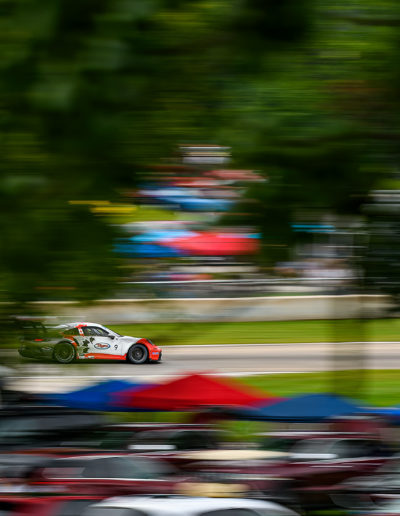 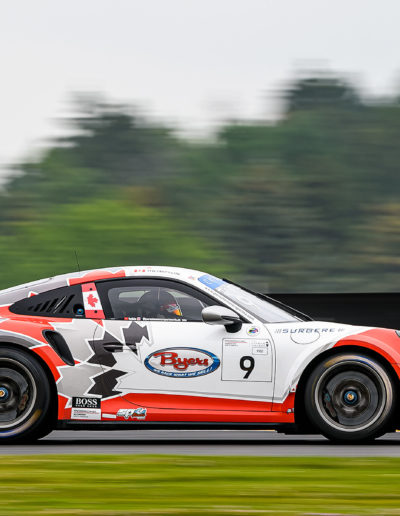 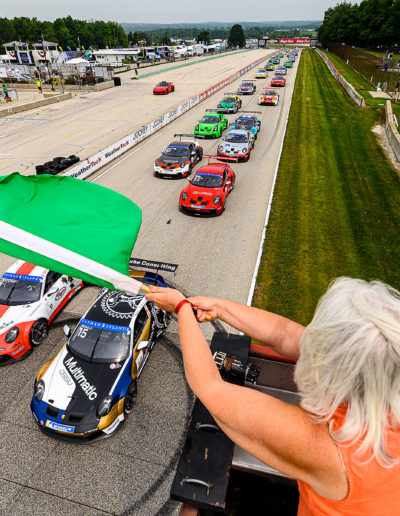 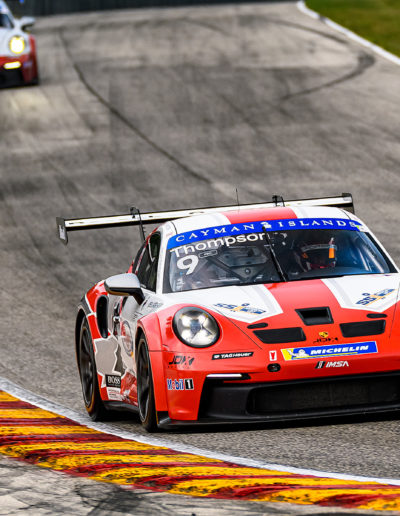